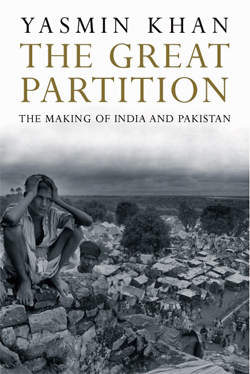 The Great Partition: The Making of India and Pakistan

The partition of India in 1947 promised its people both political and religious freedom – through the liberation of India from British rule, and the creation of the Muslim state of Pakistan. In reality the geographical divide effected an even greater schism of the population, benefiting the few at the expense of the very many, exposing huge numbers of the population to desperate and devastating consequences. Thousands of women were raped, at least one million people were killed, and ten- to fifteen-times that number were forced to leave their homes as refugees. It was one of the first, the most bloody, and remains one of the most significant, events of decolonisation in the twentieth century. In The Great Partition, Yasmin Khan examines the context, execution and aftermath of partition, integrating an incisive knowledge of political manoeuvres with a deeply-felt understanding of their fundamental social and cultural consequences. She exposes the obliviousness of the small elite driving division, as well as the majority of activists on both sides, to what partition would entail in practice and its effects on the populace. Its repercussions still resound today.Published to coincide with the 60th anniversary of partition, Yasmin Khan’s personal account draws together a fresh and considerable body of research, including many new interviews, newspaper extracts and archival sources, to reappraise independence and division and reinforce its catastrophic human cost. Intelligent, terrifying, wise and timely, The Great Partition is a testament to a country and people who were brutally and recklessly ripped apart.