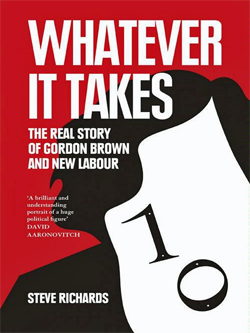 Whatever It Takes: The Real Story of Gordon Brown and New Labour

The definitive account of New Labour’s rise and fall. On 11 May 2010 Gordon Brown resigned as Prime Minister; it marked the end of thirteen dramatic years of Labour government. When he finally released his grip on power, many questions remained about the most intriguing and complex political figure of modern times and co-architect of New Labour. Leading commentator Steve Richards watched every step of the stormy political journey from 1992, when Brown became shadow chancellor, to the day he left Number Ten, and narrates it here for the first time. Steve Richards has gained access to all levels of Westminster to explain this complex party and its leadership, reflecting on the outcome of the 2010 general election and what the fall of New Labour means for our nation’s political future.