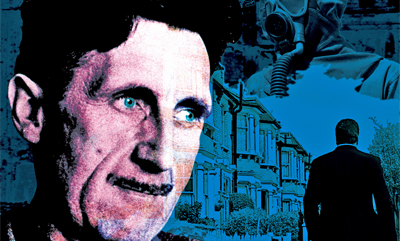 The second of four panel discussions celebrating the 60th anniversary of 1984 and 70th anniversary of Coming Up for Air in conjunction with Orwell: A Celebration. Unfortunately, the video of this debate was corrupted.

Orwell never lived to see televisions become as ubiquitous as the telescreens of 1984; none of his own recordings for radio are known to survive; he wrote nothing serious for the stage; and in noting that ‘everyone in this world has someone else whom he can look down on’, felt ‘the book reviewer is better off than the film critic’ since the latter ‘is expected to sell his honour for a glass of inferior sherry’.

Nevertheless, his works have been adapted for screen (big and small), radio and stage, as blockbusters, monologues, dramas, documentaries, musicals and operas. We’ll be asking some of those involved in adapting Orwell about the challenges, the opportunities, the pressures and the pleasures of adapting some of the best-known works in the English language.