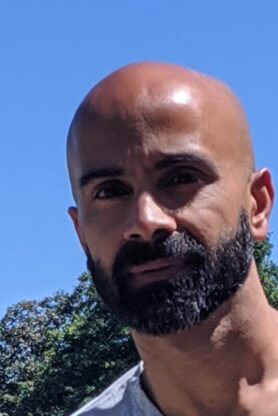 Haroon Siddique: ‘How and Why Black Britons Suffer Unequal Outcomes at the Hands of the Police’

Haroon Siddique is a senior reporter at the Guardian, where he has worked since 2007. Before joining the Guardian, he worked at the Ham&High series of local papers in north London, where he began his journalistic in 2004.

Siddique writes: “Across a series of stories, my intention was to highlight the negative outcomes of black people at the hands of the Met police, but also the reasons for it, at a time when it was one of the key issues driving Black Lives Matter protests. My first submission made use of innovative interactive modelling to call into doubt the findings of the police watchdog (IOPC) inquiry – and inquest – into the death of Mark Duggan. The police shooting of Duggan is one of the most contentious cases of recent years – it triggered riots and was highlighted by BLM protesters last year. The innovative spatial reconstruction tools invited the reader to examine the shooting from different perspectives to enable them to fully understand the doubts which have been cast on the official version of events. In showing how the Met has been using software, which its own creator has said can aid racial profiling, the second article in my submission sought to examine how discrimination may have become embedded in the force. Finally, my third article showed how this criminalisation of black people can mentally scar them and affect their perception of police, which then gets passed down from generation to generation.”