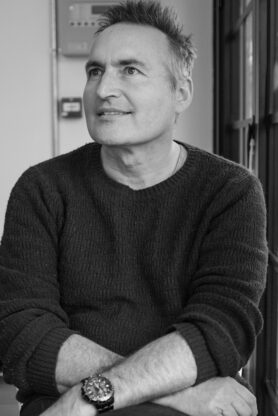 Richard Watson is a correspondent for BBC Newsnight, specialising in investigative work. At the start of his career, Richard covered the first Gulf war. After this he joined the BBC, working for The Money Programme, File on 4, Newsnight and Panorama. He has investigated organised crime, terrorism and miscarriages of justice.

Watson writes: “In December 2019 three black women were brutally attacked in London by a gang of white men. One of the women, a 37-year old from London, was kicked unconscious. The Metropolitan Police categorised the incident as a serious hate crime but failed to search for witnesses or recover CCTV and closed the case without even taking victim statements. She then approached me saying the police had racially profiled them, assuming it was a drugs deal gone wrong. I was reminded of the murder of black teenager Stephen Lawrence in 1993 and a police investigation hampered by institutional racism. I wondered if similar themes would emerge: she was determined to hold the police to account, and a Newsnight film would give her a powerful voice. I began a detailed investigation. Nearly 30 years on from Stephen Lawrence’s murder, the final film shone a harsh light on police attitudes and exposed multiple failures. The Met referred itself to the Independent Office for Police Conduct, apologised to the women and reopened the case. After seeing the Newsnight report, a witness came forward who had filmed the attack on his mobile phone. One of the alleged attackers was arrested and has been charged with racially aggravated assault.”