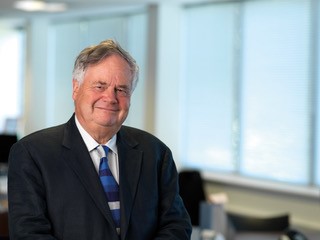 Sir David Bell is a non-executive director of the Economist. He retired as a director of Pearson plc and Chairman of the Financial Times at the end of 2009 after thirteen years on the Board.  David was appointed Chief Executive of the Financial Times in 1993 and became Chairman in 1996. In July 1998 he was also appointed Pearson’s Director for People with responsibility for the recruitment, motivation, development and reward of employees across the Pearson Group & in June 2003 he became Chairman of Pearson Inc in New York. David, born 30.9.46 in Henfield, Sussex was educated at Cambridge University and the University of Pennsylvania is married with three children and lives in Islington. David received his knighthood for services to industry, the arts and charity.