Hosted by the LSE Library, the Orwell Youth Prize and LSE Literary Festival

In this event aimed at young writers aged 13-18, a panel of journalists, writers and historians discuss the role of writing (in all forms) in changing the world: from big journalistic scoops, to bringing attention to stories that people don’t often hear, to the subtler changing of readers’ minds through works of fiction.

George Orwell wrote in his famous 1946 essay Why I Write that ‘political purpose’ was his main motive for writing. By this he meant “desire to push the world in a certain direction, to alter other people’s idea of the kind of society that they should strive after”. Orwell wrote books, he said, “because there is some lie that I want to expose, some fact to which I want to draw attention, and my initial concern is to get a hearing”. His starting point was “always a feeling of partisanship, a sense of injustice”. He believed in the importance of using language to describe reality and the dangers of using language for propaganda.

James Ball (@jamesrbuk) is a special correspondent for BuzzFeed News, having previously worked at the Guardian, where he was a core journalist on investigations including the publication of the NSA files received from Edward Snowden, the Reading the Riots project after the 2011 London Riots and reporting on the WikiLeaks’ Guantanamo Bay files. He has also worked for the International Bureau of Investigative Journalism and WikiLeaks. James has been shortlisted for the Orwell Prize for Political Writing in 2016. He is co-author of two books: WikiLeaks: News in the Networked Era and The Infographic History of the World.

Rebecca Omonira (@Rebecca_Omonira) is a reporter and writer. She is currently the writer in residence at Lacuna, an online magazine that challenges indifference to suffering and promotes human rights. She has been published in openDemocracy, the Guardian, the New Statesman, the Washington Post and the New Internationalist. Rebecca’s reporting on immigration and asylum across the European Union was shortlisted for the 2012 Orwell Prize for Political Writing and her reporting government policy on ordinary lives was shortlisted for the Orwell Prize 2015

Jean Seaton is Professor of Media History at the University of Westminster and the Official BBC Historian. Jean is also the Director of the Orwell Prize for Political Writing. She has written widely on the history and role of the media in politics, wars, atrocities, the Holocaust, revolutions, security issues and religion as well as news and journalism.

The Orwell Youth Prize (@OrwellYouthPriz) is a registered charity which aims to inspire and support the next generation of politically engaged young writers. The OYP run workshops in schools, regional workshops, a writing prize and an annual Celebration Day. The writing prize for young people aged 13 – 18, is open now open for entries!

This event forms part of the LSE Space for Thought Literary Festival 2017, taking place from Monday 20 – Saturday 25 February 2017, with the theme “Revolutions”. 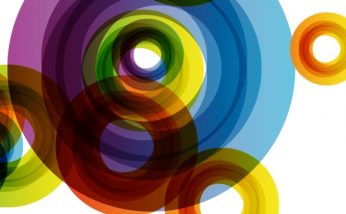