In what promises to be an event that is truly global in scope, covering Kazakhstan, Myanmar, Russia, Rwanda, and Ukraine, join Ali Fowle, Drew Ambrose, Michela Wrong, and Polina Ivanova as they reflect upon the similarities and dissimilarities of the crackdown on dissent in the areas that they respectively cover in their Orwell Prize shortlisted work.

Polina Ivanova is a foreign correspondent for the Financial Times, covering Russia and Ukraine. Born in St Petersburg and raised in the UK, she moved back to Russia to cover the country for Reuters, first as a commodities reporter and then a Special Correspondent on the investigative team.

Michela Wrong is a writer and journalist with nearly thirty years’ experience of covering Africa. She joined Reuters news agency in the early 1980s and was posted as a foreign correspondent to Italy, France and Ivory Coast. She became a freelance journalist in 1994, when she moved to then-Zaire and found herself covering both the genocide in Rwanda and the final days of dictator Mobutu Sese Seko for the BBC and Reuters. She later moved to Kenya, where she spent four years covering east, west and central Africa for the Financial Times. She has written five books on African themes, her latest, ‘Do Not Disturb’, has been shortlisted for The Orwell Prize for Political Writing 2022. 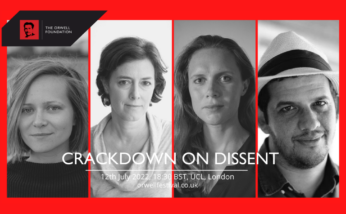