The Orwell Prize ‘Telescreen’ Ceremony is an exclusive film celebrating the winner’s of this year’s Orwell Prizes. Introduced by Foundation Chair of Trustees Ken Macdonald QC, the film features an interview with George Orwell’s son, and Prize sponsor Richard Blair, as well as messages from this year’s Book Prize winners and Chairs of Judges for the Political Writing and Political Fiction Prizes Stephanie Flanders and Jude Kelly.

The winner of this year’s Orwell Prize for Journalism is Janice Turner for columns on human trafficking and the ‘red wall’, and a feature on clearing her childhood home in Doncaster. This year’s winner of the Orwell Prize for Exposing Britain’s Social Evils is Ian Birrell for his searing investigation into the abuse of vulnerable people within the healthcare system, raising far-reaching questions over their human rights. Listen again to the Times Radio ‘radio’ awards ceremony, hosted by Matt Chorely, featuring interviews with Turner, Birrell and shortlistees the Bristol Cable and Peter Foster, as well as a discussion on the state and future of political journalism with judges Ben Fenton, Abigail Scott Paul and Max Daly here.

The Foundation is extremely grateful to its partners and sponsors the Political Quarterly, A. M. Heath, Richard Blair, the Joseph Rowntree Foundation and University College London. If you are interested in supporting the Foundation’s work in any way please get in touch. 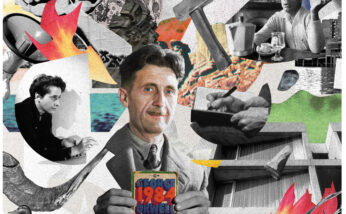