Free with a trial Tortoise membership

None of us is thinking about life in quite the same way as we were even a few weeks ago. Politics looks and feels very different too. But the books on this year’s longlist are not about ordinary politics. In fact, most aren’t about mainstream politics at all. They are, though, political in the most important sense: they cast fresh light on something that matters and perhaps inspire us to consider how things might be better.”

The Orwell Prizes are the UK’s most prestigious prizes for good writing and thinking about politics. Every year, The Orwell Foundation awards prizes for the work which comes closest to George Orwell’s ambition ‘to make political writing into an art’. In this special edition of the Tortoise Book Club, judges from across the four Orwell Prizes – Political Writing, Political Fiction, Journalism and Exposing Britain’s Social Evils – will join us to discuss this year’s shortlists. They will ask how writing can hold power to account. and engage with a wide range of issues which continue to resonate even in a much-changed landscape.

Note: you do not need to have read the whole shortlist (or any of it!) to join in and enjoy this Book Club.

Farrah Storr is Editor-in-Chief of ELLE magazine and former Editor in Chief of Cosmopolitan.

Stephanie Flanders is Senior Executive Editor for Economics at Bloomberg News and Head of Bloomberg Economics since October 2017.

Matthew Sperling is an author and lecturer in English Literature at University College London. 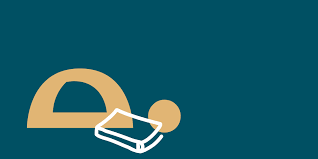