The Orwell Prizes reward the writing that comes closest to achieving English writer George Orwell’s ambition to ‘make political writing into an art’.

The Winners were presented with their £3000 prize money by Richard Blair, Orwell’s son. 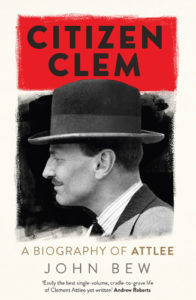 The winner of the Orwell Prize for Books 2017 is Citizen Clem: A Biography of Atlee, by John Bew

“Citizen Clem is both a magnificent renewal of the art of political biography and a monument to the greatest leader the Labour party has ever had. It presents us with a man whose socialism was learned, not acquired. Attlee’s career, in John Bew’s telling, is a tribute not to sham consistency or inviolable purity of principle, but to the primacy of politics – what Weber called the ‘slow boring of hard boards’.”

“The timing of The Orwell Prize winner could not be more apt. The political battle in the UK since 1948 has always boiled down to one simple fact: the upholding or the whittling away of what Clem Atlee built. Post-war Britain was literally built by a man who built his own self: a self which was forged by war and the concern for a just and equitable society. ‘Citizen Clem’ will go a long way towards re-balancing the Churchillian narrative that currently dominates us.”

“A book both magisterial and gripping, this biography of Labour’s unlikely postwar hero offers a portrait of a modest man whose achievement was not modest at all: the building of the modern Welfare State. Revealing both the strength of an individual and the strengths of a society, this is necessary reading in 2017.” 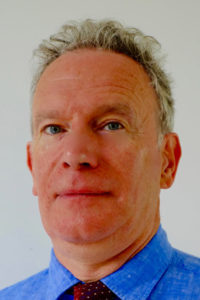 O’Toole was selected by the judges for writing in the Irish Times, the Guardian and the Observer.

Dame Liz Forgan, one of the Judges. commented:

“It’s not often that penetrating intelligence, a keen historical understanding and sparkling prose coincide in one journalist. When he is also uniquely placed to write about one of the biggest issues of the day from an unusual but highly important perspective we are all in luck.

Fintan O’Toole knocks the usual Brexit arguments about City jobs and fruit-pickers into proper shape by focussing eloquently on the existential implications of the referendum for everyone on the island of Ireland.  If only the whole campaign had been conducted with such style and seriousness…” 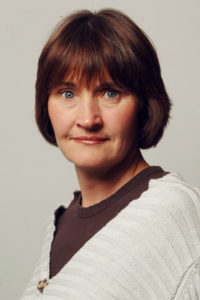 Felicity Lawrence wins the prize for cross-platform reporting of British social issues and public policy for her reporting of migrant gangwork in Wisbech, Cambridgeshire.

The Orwell Prize for Exposing Britain’s Social Evils is supported by the Joseph Rowntree Foundation.

The judges of the Orwell Prize for Exposing Britain’s Social Evils 2017 commented:

“Felicity Lawrence’s reporting on migrant gangwork in Wisbech represents investigative journalism at its best and was a clear winner in a very strong field. Felicity persistently pursued this story for several months: her report, which includes voices from the whole community, both victims and residents, draws together a wide range of issues relating to organized crime and migrant labour which have significant, urgent resonance for our understanding of social evils in a post-Brexit Britain.”

The Orwell Prize is awarded by The Orwell Foundation, a registered charity (number 1161563) providing free cultural events and resources for the public benefit.

The Orwell Foundation uses the work of George Orwell to celebrate honest writing and reporting, to uncover hidden lives, to confront uncomfortable truths and, in doing so, to promote Orwell’s values of integrity, decency and fidelity to truth.

The Orwell Prize was founded by the late Professor Sir Bernard Crick in its present form in 1993, awarding its first prizes in 1994. The Prize is supported by Political Quarterly, Richard Blair (George Orwell’s son) and the Joseph Rowntree Foundation. 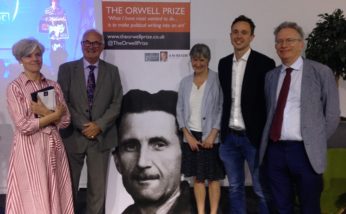