How can fiction help us think about the future and where our society may be heading? The Orwell Foundation and the RSA launch a new collection on the future of work in an age of radical technologies. The stories are curated by the RSA and the Orwell Foundation and are written by award-winning authors including Darren McGarvey (The Orwell Prize for Books, 2018), Delia Jarrett-Macauley (The Orwell Prize for Books 2006), Stephen Armstrong (author, The New Poverty) and Preti Taneja (The Desmond Elliott Prize 2018).

George Orwell’s work was grounded in his own experiences. It was political and independent-minded. But this was all fused in books of startling imaginative power. The Orwell Foundation has recently developed its own mission to promote creative responses to contemporary conditions, from dramatizations of Orwell’s classic texts, 1984 Live and Orwell’s Down and Out: Live, to the new Orwell Prize for Political Fiction. So we were delighted when the RSA proposed a collaboration to investigate the future of work. The challenge: how can fiction help us think about the future? What can writers and artists do to respond to the myriad of directions in which politicians, policymakers, thinkers and scientists suggest our society may be heading?

Each story is a response to a possible scenario for the workers of 2035 outlined in a recent RSA report, ‘The Four Futures of Work’.  There was a big-tech dominated scenario, in which workers rights are fictive. There was a world of empathetic jobs and smiley services, where menial tasks are performed almost exclusively by robots. There was a world with an increasingly precise culture of surveillance that is the logical conclusion of the neoliberal model. Finally, there was an exodus from the tech-maelstrom and a return to the land and the economies of communalism.

In the spirit of experiment, we asked each author to respond to each scenario in their own way, with as much imaginative, and formal, license as the material would allow. Here, then, are four futures. Not prophecies perhaps, but certainly warnings. Bold, varied, measured, witty, bleak, at times hopeful, they interrogate what Ben Pimlott in the in the introduction to the 1989 edition of Nineteen Eighty-Four describes as the ‘continuing present’, challenging us to confront the conditions (new, old and yet to be) which dictate the way in which we live and work. 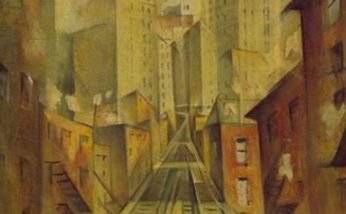