The Orwell Prize for Political Writing is awarded to a work of nonfiction. ‘Political’ is defined in the broadest sense, including entries addressing political, social, cultural, moral and historical subjects. In 2020 the Prize was awarded to Some Kids I Taught and What They Taught Me (Picador) by Kate Clanchy.

The Orwell Prize for Political Fiction, sponsored by A.M. Heath and Richard Blair, is awarded to a work of political fiction and includes YA, graphic novels and short story collections. In 2020, the Prize was awarded to The Nickel Boys (Fleet) by Colson Whitehead.

The Orwell Prizes aim to encourage good writing and thinking about politics. The winning entries should strive to meet Orwell’s own ambition ‘to make political writing into an art’. They should be of equal excellence in style and content – the writing must be both political and artful – and live up to the values of The Orwell Foundation.

The Orwell Foundation is an independent charity. There is no entry fee and no limit to the amount of submissions a publisher or imprint submits. If a book is shortlisted, we ask the publisher to contribute £150 to the cost of publicity. Each winner receives a cash prize of £3,000 and a custom made trophy.

In light of this year’s events, we are in the first instance inviting publishers to submit PDF/ebook copies only. By submitting a book digitally, a publisher is also agreeing to send out six physical copies of their submitted book if requested. Physical books may be requested at any point between the submission window opening and the longlist announcement.

The Foundation previously awarded one, combined Orwell Prize for Books (fiction and/or nonfiction). The last winner of the combined book prize (2018) was the Scottish writer and activist Darren McGarvey (aka Loki) for Poverty Safari (Luath Press).

Please contact james.tookey@theorwellprize.co.uk if you have any questions or require further information. 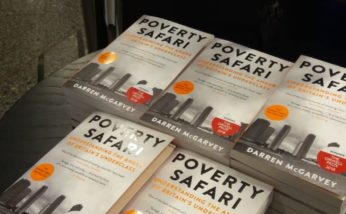