“This is the story of how George Orwell wrote Animal Farm, the mountain he had to climb to get it published, and the enormous personal tragedy which ran beneath.” The Orwell Foundation is delighted to share an exclusive new short film, which is being released today, 17th August 2020, to mark the 75th anniversary of the publication of Animal Farm.

Orwell’s biographer DJ Taylor and George Orwell’s son, Richard Blair, celebrate the 75th anniversary by unpacking the extraordinary story behind the story, from the book’s initial rejection by several publishers (for reasons of political expediency) to the adoption of George and Eileen’s son, Richard, and Eileen’s unexpected death soon after.“The two great crises of Orwell’s life, the professional and the personal,” Taylor explains, “are running together in the spring of 1945.” Animal Farm was eventually published by Secker and Warburg on the 17th August 1945, and is widely regarded as one of the great political works of twentieth century literature.

The Foundation would like to thank Sarah Aitchison and Rebecca Sims for their help identifying the documents referenced in the film, many of which are held in the archive. 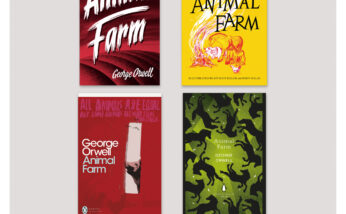