This week George Orwell was the subject of BBC Radio 4’s Great Lives. The show was presented by Matthew Parris who won the Orwell Prize for Journalism in 2005 and featured former MP Alan Johnson as well as our Orwell Prize Director, Professor Jean Seaton. “A tall thin man sits up in bed with a typewriter on his knees chain smoking,” the program opens on the scene of Orwell’s last months and traces his great life through Eton to Burma, Paris to Wigan, Spain to Jura. During the broadcast Alan Johnson says that Orwell was a crucial part of his political development and central to his education. Reflecting on production of the piece today Jean Seaton said; “People are made of the books they encounter. Alan Johnson is an autodidact; a wise and communicative man. One of the books that made him was Orwell’s.” You can listen to the programme here. George Orwell’s works have inspired many more by nurturing writers like Margaret Atwood. Many have turned their attention to the examination of Orwell’s life including DJ Taylor, Bernard Crick and Gordon Bowker. John Banville once said, ‘his must be the most picked-over illustrious literary corpse of the twentieth century’. On our website you can find a library of pieces on Orwell with words from Will Self, Salman Rushdie, Andrew Marr, Christopher Hitchens and many more.

We are delighted to announce that this year’s Orwell lecture will be delivered by Christopher Andrew on the subject of ‘The Most Important Year in British History, Secrets of the 1962 Missile Crisis’. You can see further details as well as a link on how to book tickets on our website.

This week it’s a pleasure to share with you some wonderful artistic portraits of Orwell by Dean Noble who sent the pictures into us via Twitter and said that his inspiration was reading Orwell’s novels. 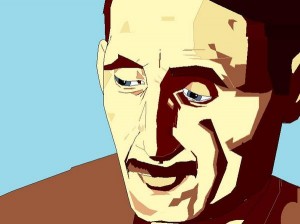 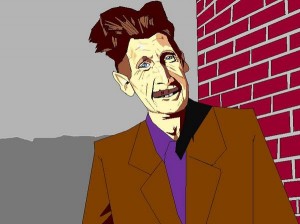 While thinking about Orwell’s life and great work, remember The Orwell Prize are able to bring you the first chapter of all of Orwell’s books as well as many essays, courtesy of Penguin Books and AM Heath. See a snapshot of sheer destitution in Down and Out in Paris and London, experience his fight against Spanish fascism in Homage to Catalonia, feel George Bowling’s nostalgic despair in Coming Up for Air, read the scathing critique of totalitarianism that is Animal Farm, remember his stark, dystopian vision of a tyrannical future in Nineteen Eighty-Four and more, all available on our website.

This week’s entries were published on 21st and 22nd August 1942. Next week’s entry will be published on 28th September 1942. This newsletter was written with contribution from Tom Webb Don’t forget our other Orwell Diary blogs: his Hop-Picking Diary and The Road to Wigan Pier Diary. You can sign up to our newsletter If you’ve got any suggestions about our website(s), we’d love to hear from you – email us on katriona.lewis@mediastandardstrust.org. You can also follow us on Twitter and like us on Facebook. 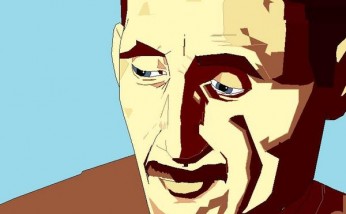