Director of the Orwell Foundation, Jean Seaton, has written about Orwell’s Nineteen Eighty-Four for a BBC Culture series on stories that shaped the world. Audiences around the world are re-reading George Orwell’s 1984, which is ‘a handbook for difficult times’, she writes:

“But now we can read 1984 differently: with anxious apprehension, using it to measure where we, our nations and the world have got to on the road map to a hell Orwell described. Prophetic? Possibly. But stirring, moving, creative, undeniable and helpful? Yes. A book published on 8 June 1949, written out of the battered landscape of total war, in a nation hungry, tired and grey, feels more relevant than ever before, because Orwell’s 1984 also arms us.”

The full article is available on BBC Culture.

Last year, The Orwell Foundation and UCL Festival of Culture were proud to present 1984 Live, produced by Libby Brodie Productions and directed by Hannah Price. The event saw over 60 cultural figures read Orwell’s masterpiece aloud over the course of a single day. Watch the full reading. 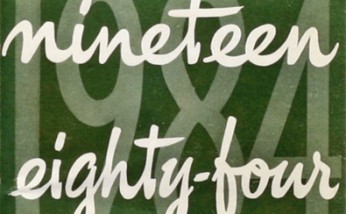