The winners of The Orwell Prize for Journalism 2021 were announced today, Friday 25th June 2021. The prize, for the commentary and/or reportage which best meets Orwell’s own stated ambition, “to make political writing into an art”, was awarded to John Harris and John Domokos, for their Guardian video series ‘Anywhere But Westminster’ and associated writing.

In a short film released to mark the award, chair of the judging panel Carrie Gracie commented that the pair’s winning entry “rose to the Orwell challenge” by “getting up and down the country, talking to ordinary people, listening so hard to their stories and putting those stories at the heart of our understanding of contemporary Britain.”

In their acceptance speech, the winners paid tribute to the quality of the year’s shortlist, and also dedicated the award to the people who had taken part in their videos. “It’s a great honour and thrill to receive this prize,” Harris commented, “particularly because of George Orwell who has always been a great influence and lodestar for us both.” The team had previously been shortlisted for the prize in 2020.

The winning entry encapsulated the very best of what the Orwell Prize is all about. Giving voice to their subjects in their own words, the two Johns revealed deeper truths about the inequalities of society, so graphically exposed by the coronavirus pandemic. This was a fascinating, curated journey along roads journalists don’t travel as often as perhaps they should around Britain. It was a  deeply affecting series of reports, respectful of those so often disrespected, simply by virtue of the fact that they are poor.”

John Harris and John Domokos will be special guest’s on tomorrow’s BBC4’s The Week in Westminster, discussing their journey to the prize (11.00AM, Saturday 26th June).

The judges for The Orwell Prize for Journalism 2021 were: Carrie Gracie (chair), former BBC China editor and author of ‘Equal: How We Fix the Gender Pay Gap’; Clive Myrie, multi-award winning journalist, and broadcaster; Iain Martin, editor, publisher and co-founder of Reaction; Kamran Abbasi, doctor, and executive editor for content at the British Medical Journal; and Rosie Blau, editor of the Economist’s 1843 Magazine.

The Orwell Foundation also today announced that the Orwell Prizes will return this autumn in a new format, with plans for an ambitious live event series in 2022, and a revised system of finalists and winners to replace the current longlist to winner structure, with the aim of achieving greater impact for the writing and reporting which comes through the prizes. More information will be announced in the autumn. 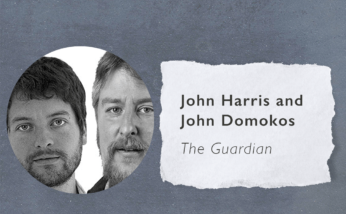