A prestigious panel of judges has been announced for the UK’s most prominent prizes for political writing. Jude Kelly CBE will chair the panel judging The Orwell Prize for Political Fiction alongside Tom Gatti, Sarah Shaffi and Dr Matthew Sperling while The Orwell Prize for Political Writing judges will be headed up by Stephanie Flanders who is joined by Paul Laity, Elif Shafak and Professor Robert Tombs.

The Orwell Prize for Political Fiction, now in its second year, is awarded for a work of fiction that explores ideas and issues, political themes, dilemmas and injustices through imagined narratives.  The prize is sponsored by George Orwell’s son, Richard Blair, and his literary agency, A.M. Heath.  It complements The Orwell Prize for Political Writing, formerly The Orwell Book Prize, which now focuses entirely on works of non-fiction. This year’s judges are:

“It’s exciting to take the inspiration of Orwell to consider the best examples of political fiction at a point in history when the world’s turbulence is so pronounced. Chairing this panel of keenly committed judges is a real privilege.”

The Orwell Prize for Political Writing is one of the UK’s most prestigious prizes for non-fiction, awarded to the book or pamphlet which comes closest to George Orwell’s ambition ‘to make political writing into an art’. This year’s judges are:

“You might wonder why anyone in 2019 would choose to spend any more time reading and thinking about politics. Today’s environment seems to have brought the worst out in our politicians. But I like to think it has had the opposite effect on our political writing.”

Full biographies of all our judges will be made available here. To enter the Prizes, please see ‘how to enter‘.

Last year’s winners were Anna Burns for Milkman and Patrick Radden Keefe for Say Nothing: A True Story Of Murder and Memory in Northern Ireland. Previous winners of the Orwell Prizes for books include Darren McGarvey in 2018, John Bew (2017), Raja Shehadeh (2008), Alan Johnson (2014), and Andrea Gillies (2010).

The judges are looking for entries that are first published in the UK and Ireland between 1st January and 31st December 2019. The winners will each receive £3000.  The deadline for entries for both prizes is 31st October 2019. Longlists will be announced in March 2020, followed by shortlists in May 2020. The winners of both prizes will be announced at the end of June 2020, alongside the winners of The Orwell Prize for Journalism and The Orwell Prize for Exposing Social Evils. 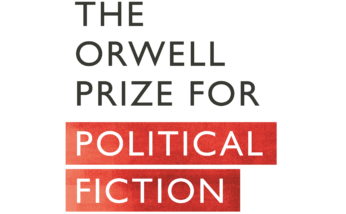