The panels will be tasked with choosing the fiction and non-fiction which best meets the spirit of George Orwell’s own ambition ‘to make political writing into an art’.

The Orwell Prize for Political Writing 2021 panel is chaired by Anand Menon, Professor of European Politics and Foreign Affairs at King’s College London and director of the UK in a Changing Europe initiative. He is joined by Angela Saini, science journalist, broadcaster and author; Richard Ekins, Professor of Law and Constitutional Government in the University of Oxford; and Rosemary Goring, journalist, editor and writer, and currently a columnist with The Scottish Herald.

The Orwell Prize for Political Fiction 2021 panel is chaired by Delia Jarrett-Macauley, writer, academic and broadcaster, and the only writer to have won the original Orwell Prize for Books for a work of fiction with her novel Moses, Citizen & Me (2006). She will deliberate alongside Andrea Stuart, historian and writer; Bea Carvalho, general fiction buyer at Waterstones; and the poet Mark Ford, Professor of English at UCL.

Submissions to both prizes are currently open. Full conditions for entry are available on The Orwell Foundation website. The Orwell Prize for Political Writing is awarded to a work of nonfiction. The Orwell Prize for Political Fiction, sponsored by A.M. Heath and Richard Blair, is awarded to a work of political fiction and includes YA, graphic novels and short story collections. In each case, ‘political’ is defined in the broadest sense, including entries addressing political, social, cultural, moral and historical subjects.

Submissions to both prizes must be first published in the UK and or Ireland in the calendar year 2020, or published simultaneously elsewhere. Entry is free and there is no limit to the number of books a publisher or imprint may submit. Submissions will close on October 30th 2020.

The panels will begin their work when submissions close at the end of October. Longlists for the two prizes will be announced in April 2021, shortlists in May 2021 and winners announced on or around George Orwell’s birthday, June 25th 2021.

The 2020 winners were announced on July 9th, and were respectively: Political Writing: Some Kids I Taught and What They Taught Me by Kate Clancy (Picador); Political Fiction: The Nickel Boys by Colson Whitehead (Fleet) Both winners received £3,000, and due to the Coronavirus pandemic accepted the award virtually. A recording of the special online event is still available here.

For more information about this year’s prizes, and for media resources, please contact the prize administrator James Tookey at james.tookey@theorwellprize.co.uk 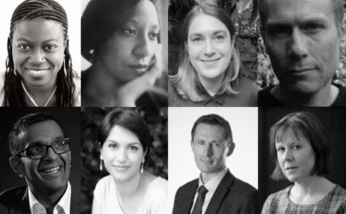