The Foundation is delighted to announce that Lisa Nandy MP, Shadow Secretary of State for Levelling Up, Housing and Communities, will deliver this year’s Orwell Memorial Lecture on the topic ‘Wigan, the World and Everywhere in Between – How We Build a Country That Works’.

The lecture, which is a public event, will take place at 19.00 on the evening of Tuesday 6th December at University College London. Registration is now open, with concessions available and an option to attend online for a suggested donation.

The Orwell Memorial Lecture, given in memory of the author, essayist and journalist George Orwell, has been given annually since 1989 and has attracted notable speakers including Ian McEwan, Daniel Finkelstein, Dame Hilary Mantel, and Ruth Davidson MSP. Speakers are tasked with discussing any topic ‘Orwell might have been interested in’.

Originally held at Birkbeck, University of London and the University of Sheffield, the Orwell Lecture – which is generously supported by George Orwell’s son, Richard Blair – is now held each year at University College London, home of the UNESCO-registered Orwell Archive. The Orwell Foundation is based at UCL’s Institute of Advanced Studies. 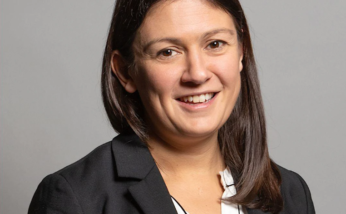