The Orwell Youth Prize Celebrated a successful year of workshops and over 100 prize entrants at a day-long event on Friday 24th June. Prizes were awarded to young writers who had submitted entries inspired by Orwell’s words: “If liberty means anything at all, it means the right to tell people what they do not want to hear”. 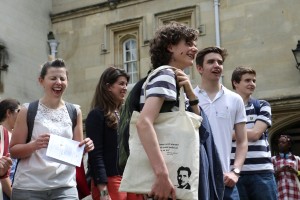 Over 150 young people and their guests and teachers travelled from schools across the country to Pembroke College at the University of Oxford for the day, at which TV presenter Rick Edwards chaired a debate on young people and voting, and journalists and writers Delia Jarrett-Macaulay, Iona Craig, Tom Sperlinger and Louise Tickle led seminars on writing and the experiences and processes behind their work.

Over 100 young people entered pieces into the writing prize, and those who requested it were provided with bespoke feedback on their drafts. Alongside the winners, 13 runners up received prizes, and 14 young people were highly commended.

The entries ranged from spoken word poetry about race and racism and an essay about the education system in the lower age category to essays about ‘No Platforming’ and disability benefit in the older age category. 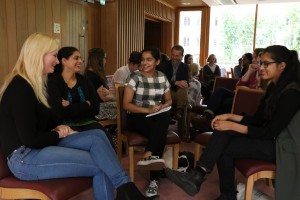 The winners were chosen by judge Amelia Gentleman, social affairs writer for the Guardian and winner of the Orwell Prize for political writing, and Professor Jean Seaton, chair of the Orwell Prize and Official BBC Historian. Amelia Gentleman said “There was a wide and wonderfully imaginative interpretation of the brief by entrants. It was exciting to read the entries. The energy and ambition of those who took part was striking. Some of the winning entries were provocative, others were startlingly original; all were fascinating to read” 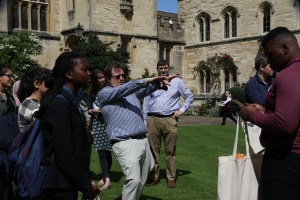 Mick Callanan, Delivery Director, said “The talk in workshops all around the country, with students as young as Year 9 and as ready-to-leave as Year 13, has been a model, in its combination of careful listening, logical reasoning and deeply held beliefs…One of the great pleasures of running the workshops was hearing the initial ideas of young people – and then seeing them re-work and redraft to get it ‘just right’.  Our entrants have striven to think deeply about the theme, deeply about their world and deeply about themselves.  Orwell would, I dare guess, be proud of the intellectual and thoughtful England to which they aspire” 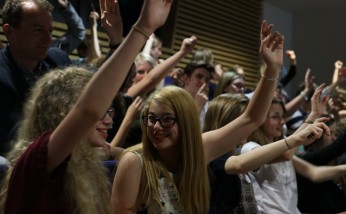