This is the story of how, 70 years ago today, George Orwell died. It is not wholly a tragic story.

–      The English author, journalist and essayist George Orwell (25 June 1903 – 21 January 1950), author of Nineteen Eighty-Four and Animal Farm, died seventy years ago today at the age of forty-six in a hospital bed in University College Hospital, London where he was being treated for tuberculosis.

–      George Orwell’s biographer D.J. Taylor reconstructs the months, weeks and days prior to George Orwell’s death with the help of selected items and letters from the Orwell Archive, which is held at University College London, including the luncheon menu from Orwell’s and Sonia Brownell’s wedding reception at the Ritz in October 1949, and a wedding card from the night nurses at UCH.

For me as the son of George Orwell, today is a day of reflection, as I cast my mind back seventy years to that fateful BBC Home Service news Bulletin of January 1950, which announced “the death at the age of 46 of George Orwell, author of the highly acclaimed novel Nineteen Eighty-Four, a nightmare vision of the future” Contrary to what he thought, his position in the world of literature has elevated him to one of the most influential writers of the twentieth century, indeed he will be read for many years to come in a world that has become more and more “Orwellian”.

Professor Jean Seaton, the Director of the Orwell Foundation, said:

Orwell died 70 years ago. Yet his wit, fierce realism, unbending decency and fertile imagination constitute a way of seeing the world that is as fresh and useful as ever. As David Taylor says in this film, the story of the night Orwell died was not wholly tragic. Orwell had taken delight in his small, mischievous son, Richard. Orwell had been held and cherished by Antony Powell and Malcolm Muggeridge, who left poignant memories, by Sonia his new wife, he was visited by a passing anarchist poet, and, perhaps, he was seen for the final time by the ward’s night nurses.

The George Orwell archive is an important resource for researchers as it gives a valuable insight into his life and works, which can be reconstructed through his letters, notebooks, diaries and photographs. Our job is to preserve and make this primary material available so that Orwell can continue to be as relevant today as he was 70 years ago.

All the items featured in ‘The Night Orwell Died’ will be used in the forthcoming Orwell Archive event preceding the Orwell Lecture with Daniel Finkelstein on the 18th of February, held at University College London. Visit our upcoming events page for more information and to register for your free tickets.

The UNESCO-registered George Orwell Archive, housed at UCL Special Collections, is the most comprehensive body of research material relating to the author George Orwell (Eric Blair) (1903-1950) anywhere. Manuscripts, notebooks and personalia of George Orwell were presented in 1960 on permanent loan by his widow on behalf of the George Orwell Archive Trust, supplemented by donations and purchases. The aim of the Trustees of the Archive was to make a research centre for Orwell studies, by bringing together all [Orwell’s] printed works, including newspaper items; private correspondence; other private papers in the possession of his widow; printed matter other than his own which will help later generations to understand the controversies in which he was involved; and tape recordings or written statements by all with first-hand experience of him of any consequence. 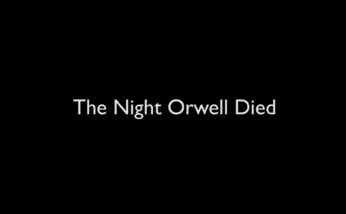