The shortlists for The Orwell Prize 2018, Britain’s most prestigious prize for political writing, were announced tonight at the Bath Festival during The Orwell Prize Debate, which featured this year’s chair of judges for the book prize, politician, academic and journalist Andrew Adonis.

Following a year in which Orwell’s name has returned to the heart of political discourse, The Orwell Prize judges for Books, Journalism and the Prize for Exposing Britain’s Social Evils choose their most compelling examples of political writing of 2017.

The Orwell Prize for Books 2018 shortlist is:

The judges of The Orwell Prize for Books 2018 are Andrew Adonis, Literary journalist and Artistic Director of Words and Literature at the Bath Festival Alex Clark, novelist Kit de Waal and Deputy Life & Arts Editor for the Financial Times, Lorien Kite. Previous winners of The Orwell Prize for Books include John Bew (2017), Raja Shehadeh (2008), Alan Johnson (2014) and Andrea Gillies (2010).

The shortlist for the Orwell Prize for Journalism 2018 is:

Entrants are asked to submit three pieces of writing, which may be from one or more publications, and are listed above alongside the publications in their submissions. The judges for the Orwell Prize for Journalism 2018 are David Bell, Suzanne Franks, Elinor Goodman and Rachel Johnson.

‘We had a great set of pieces to judge. Orwell would have been very impressed and reassured, as we were, by their very high quality. I only wish we had had more tabloid entries. Pieces on the shortlist ranged from Tilbury as a ‘Brexit parable’ to the Rohinga – a fine cross-section of the best of British journalism.’

The shortlist for The Orwell Prize for Exposing Britain’s Social Evils 2018, sponsored and supported by the Joseph Rowntree Foundation is:

The stories on the shortlist cover issues ranging from abuse in an Immigration Removal Centre to the phenomenon of “Shit Life Syndrome” among people left behind by the modern economy in Blackpool.

The Orwell Prize for Exposing Britain’s Social Evils supports and encourages original, insightful and impactful reporting on social issues in the UK. The Prize rewards multi-media stories which are reported across one or more platform, including reporting via social media, audio (including podcasts), video, photojournalism and journalistic writing.

‘This has been a momentous year of change, one in which we rely more than ever on our best journalists to seek out the truth and present it back to the world. This year’s shortlisted candidates have not only done that but in the process have created works of journalism that are as brilliant and brave as they are beautifully crafted. Orwell would have approved.’

‘Its range includes ice-cold analysis, persistent digging, shocking television, and powerful local reporting, with words and pictures that manage, all at the same time, to horrify, move and inspire.’

The winners of each £3,000 prize will be announced at an event on 25th June (George Orwell’s 115th birthday) at the RSA. 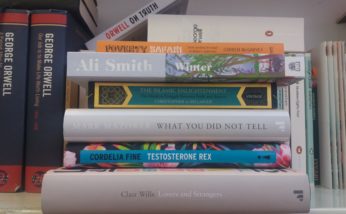