We’re delighted to unveil the custom-made trophies which are now making their way to winners of the Orwell Prize 2018, Carole Cadwalladr, Darren McGarvey, and the Financial Times team behind ‘On the Edge’.

The winners of the Orwell Prize 2018 were announced at the prize ceremony at the Royal Society for the Encouragement of Arts, Manufacturers and Commerce on 25th June 2018. You can watch the Orwell Prize Ceremony and the panel debate event here.

The 2018 trophies were designed and created by by Jia-Can Xu, a graduate from Goldsmiths, University of London. Jia-Can is a young designer and new media artist based in London.

Jia-Can responded to a call for designs from the Foundation to the department of Design at Goldsmiths, University of London. The Orwell Foundation has a longstanding relationship with the department, and students or graduates of Goldsmiths have designed and made the trophy for many years.

Inspired by George Orwell’s writing style, Jia-Can designed the concept behind the trophy with two keywords in mind: clarity and strength.

“The trophy body is formed by metal slabs which are bold and sharp, matching and reflecting the spirits of The Orwell Prize.

Shaping each trophy into the form of a book, I intended to infuse the perpetual character of knowledge into the trophies. Each trophy has three, instead of one, slabs to deliver an unwritten message.

The trophies serve not only to recognise the extraordinary work by each winner, but to reflect the collaborative effort of the countless workers in the field of political writing”

The students studying on the Design Program at Goldsmiths are asked to question, all around them, as well debate the value of knowledge, and the function of design in the real world.

Working with the Orwell Foundation, to an exacting design brief, the students utilise their own design and material knowledge, underpinned with an exploration of broader dialogues within the globalised field creative field of design and political writing to produce stunning trophies that reflect the works of the political writers as well as adhere to how political writing is viewed in the 21st century.

Since the Design Department started working with the Orwell Foundation, the Orwell Prize Trophy has become an event in the yearly calendar. Jia-Can’s conceptual design is another addition to the line of trophies that showcase the creative talents of the next generation of designers who respond to the politics of change around them. 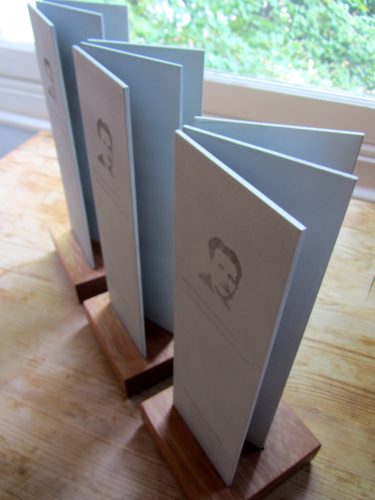 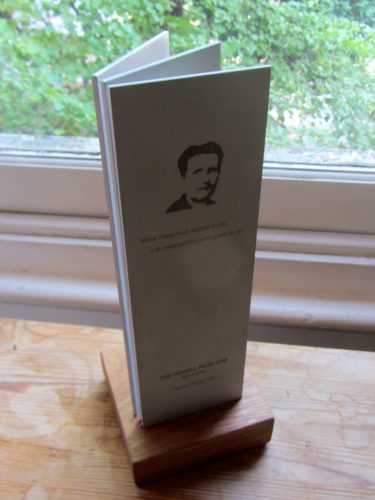 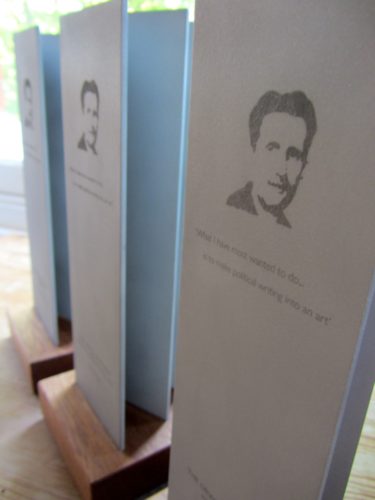