From Friday 7th – Sunday 9th June the Orwell Foundation’s Ministry of Plenty will take over the Life Rewired Hub at the Barbican Centre, London, to host a weekend of events and new commissions, from imaginative fiction on the future of work to virtual reality film.

In George Orwell’s classic dystopian novel Nineteen Eighty-Four, the Ministry of Plenty maintains a state of perpetual poverty, scarcity and food shortages, while convincing the populace that they are living in a state of unprecedented prosperity.

Inspired by Orwell’s classic novel, this weekend of workshops and installations bringing writers, artists and innovators together with the public will explore the relationship between technology, politics and poverty today.

They say to understand someone you must walk a mile in their shoes. In Someone Else’s Shoes is a 360° video project that allows the viewer to do just that, with films that transport our audience into the heart of another person’s life, through the magic of VR.

‘In Someone Else’s Shoes: 1984’, was made in partnership with the Orwell Foundation, the Joseph Rowntree Foundation and the Barbican. The first two films examine tech and poverty and were created to coincide with the 70th anniversary of the publication of Orwell’s novel ‘1984’.

A project brought to you by acclaimed theatre, film and VR director Hannah Price and specialist ‘stage to screen’ production company, Moya Productions.

Technology and Power: can tech give people a say in democracy?
Fri 7 Jun, 6pm
Free and ticketed

‘If there is hope’ wrote Winston, ‘it lies in the proles.’

For George Orwell, writing after the Second World War, class dictated the way we live our lives, but it was also a potential source of change and renewal. On the eve of the 70th anniversary of George Orwell’s novel Nineteen Eighty-Four, join Claire Ainsley (JRF Executive Director) and Professor Jean Seaton (Director of the Orwell Foundation), for a discussion that examines the relationship between technology and power. Does technology offer solutions and the means to create a stronger democracy, or does it undermine and weaken our already fragile political system?

The Four Futures of Work?
Sat 8 Jun, 11am
Free and ticketed

From big tech and automation to urban exodus and new forms of emotional labour investigate the future of work in this panel discussion led by Asheem Singh (RSA Director of Economy) who is joined by writers Stephen Armstrong, Delia Jarrett-Macauley and Preti Taneja for the launch of a new set of short stories which, like Orwell, explode the boundaries between fiction and prediction.

A series of lightning talks on what technology will do for and to our politics. Join Gavin Freeguard (Programme Director, Head of Data and Transparency, The Institute for Government) and speaker as they attempt to beat the clock to outline their visions of and concerns for the future, as technology transforms our society. What are the opportunities? What are the challenges? And what does new technology mean for politics and for poverty?

Join the Director of Someone Else’s Shoes, Hannah Price, as she talks us through the process of creating her series of 360° films. Inspired by the upcoming seventieth anniversary of Orwell’s publication Nineteen Eighty-Four these works examine the unique and deeply personal relationships people forge with technology. 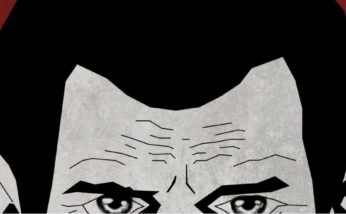