Today, Friday 5th July at Pembroke College, Oxford, the Orwell Youth Prize announced this year’s winners, runners-up and highly commended entries. The winners were awarded with their prizes by Bill Hamilton, Executor of the Orwell Estate, and Christine Richardson of Oxford University Press.

The awards were made following a day of workshops and debates featuring over one hundred entrants to the writing prize. The debate, hosted by Orwell Youth Prize patron Rick Edwards asked attendees to respond to the statement ‘Our education equips us for the future we want’, and featured contributions from 2019 Orwell Prize Winner Max Daly, 2005 Orwell Book Prize Winner Delia Jarrett Macauley and novelists Irenosen Okojie and Sarah K. Perry.

Congratulations to our winners, runners-up and highly-commended – and to everyone who entered this year and gave their responses to the theme, A Fair Society? Every entry was read by at least two assessors, and the final 6 winners were chosen by the 2019 judge writer Caitlin Moran, who, commenting on two of the winning pieces, had this message for our entrants:

In both the winning entries – Teeth and The Aptitude Test Kid – the reason they stood out, and won, was because they had taken a big topic matter, and drilled down to one little detail: a child that can’t clean it’s teeth. A child knowing that if she can’t conjugate this particular verb – “etre” – her family will be destroyed, and her future lost.

When you’re a young writer, you burn to write about the big subjects – to really take on the things that stir the emotions; and allow you to express yourself – and it can be a struggle to lasso such a big beast. But your strength as both a writer, and a young writer, is to pick a tiny detail that no-one else would think of. You’re like the kids in Honey, I Shrunk The Kids – that’s your strength: being small, and down on the ground. Writing about the people next door seems too dull, and boring – until you realise most journalists live in London, and live next door to no-one like your neighbours in Wolverhampton, or Cardiff, or Leicester. Every detail of your life would be exotic, surprising and revelatory to most established, professional writers now.

This year’s winners, runners up and highly commended entries are as follows:

Tom Warburton, The Man on the Side

Theo Burman, Why Did You Organise the Protest?

Rosie Lewis, Care in the Community

Clarissa Murphy, Through His Eyes

Asher Gibson, Brick Lane: A Case Against Social and Ethnic Exclusion in the UK

Rhianna Prewett, Out of Body, Out of Mind

In the junior prize:

In the senior prize:

Kylie Clarke, Her Story
Anna Young, The Fairness Tree
Morgan Davies, Property Law, and the benefits of violating it
Max Kelly, Once
Sally Piper, Discovery of Witches
Ella Tayler, The Britain you do not want to see, but undoubtedly have
Layomi Abudu, Society is as fair as I am white
Jade Van Jaarsveld, We, The Homeless (A Spoken Word Poem)
Isabel West, The Survival of a Moth
Aydin Maharramov, Potato Peel 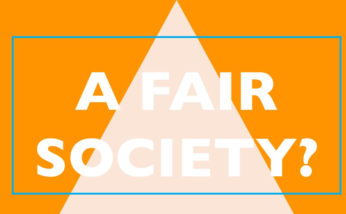