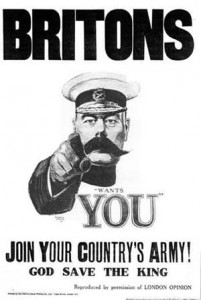 This week we have added a piece written by Eric Blair to our website. The poem was published by the Henley and South Oxfordshire Standard on 21st July 1916 by a thirteen-year-old who was one day to become George Orwell. Entitled Kitchener the piece is a tribute to Horatio Herbert Kitchener who played a pivotal role in the British Army recruitment campaign of World War I. The Lord, who was the British Secretary of State for War, is most widely recognised by the ‘Lord Kitchener Wants You’ posters. Orwell biographer D. J. Taylor says the young Orwell displayed ‘an enthusiasm for poetry that in [his] formative years seems to have been as least as strong as any desire to write fiction’. You can read Kitchener in our By Orwell Poetry section.

Last week, Vanity Fair published Christopher Hitchens’ introduction to The Orwell Diaries which is due to be published in the United States for the first time next month. On Monday The Guardian reported on this with reference to Christopher’s admiration of Orwell. Christopher wrote many things on Orwell including Why Orwell Matters as well as why his advise on tea making doesn’t. He < a href=http://www.npr.org/templates/story/story.php?storyId=105126571>spoke on why Orwell’s novel 1984 retained significance 60 years after it was published and to celebrate what would have been Orwell’s 100th birthday. Christopher’s consummate piece on Fleet Street illuminates his passion for Orwell. He has been both longlisted and shortlisted for the Orwell Prize for Books, < a href=https://orwellfoundation.com/winners/filter/type-Special%20Prize/year-2012/>he was awarded this year’s Special Prize.

This week’s entry was published on 22nd July 1942. Next week’s entry will be published on 23rd, 26th, 27th and 28th July 1942. Don’t forget our other Orwell Diary blogs: his Hop-Picking Diary and The Road to Wigan Pier Diary. If you’ve got any suggestions about our website(s), we’d love to hear from you – email us on katriona.lewis@mediastandardstrust.org. You can also follow us on Twitter and like us on Facebook. 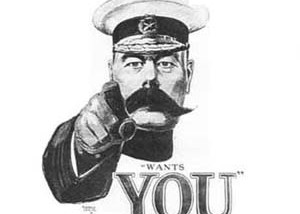