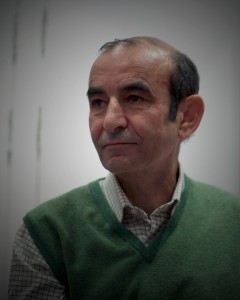 Last week the UN gave Palestine new diplomatic powers in ‘statehood recognition’. Just a few days before The Orwell Prize’s Katriona Lewis met Raja Shehadeh to discuss the changes he’s seen since Palestinian Walks won the 2008 Orwell Prize for Books (which was published first in Britain) and to discuss his new book Occupation Diaries. Shehadeh was in London to see Arab Nights, a play he co-wrote, come to life for a week of shows at the Soho Theatre. We met the morning after opening night and he was full of enthusiasm for the production. “It’s amazing how much is done at the last minute. At the dress rehearsal I saw it and thought my God it’s going to be terrible and then it opened and it was wonderful. It comes together magically. You have more control when you’re writing a book and obviously at the end you are pressed for time but it’s not the same as having an audience come and sit there and expect something polished and finished.” The six short plays reflect on events and themes of the Arab Spring in the style of literary classic Arabian Nights. The creative director, Poppy Burton-Morgan approached Shehadeh with the idea having worked with him before. “I knew she’s really a doer and a great director,” says Shehadeh. On a small budget the production found clever devices to communicate the serious commentary in an entertaining way. “She used the idea of the shoes to tie the stories together in a motif. There’s a lot of shoes and dictators starting with when shoes were thrown at Bush and there are many scenes of demonstrations where they throw shoes at police.” Shehadeh’s sixth of the play centres on a confrontation between soldiers and civilian at a check point. The man is detained and starts talking to a soldier who says she doesn’t understand his language, in this knowledge he speaks freely and uninterrupted of a dreamed new world of freedom he imagines. “It’s bound to be better in the future,” says Shehadeh, “Writing this play was a great experience for me because I had been thinking about writing imaginatively about the future. It gave me some semblance of hope.” At a subsequent talk after the play Shehadeh talked about the experience that had lead to the drama, when he was stopped at a check point on the way to a walk and a picnic. The contents of his car were unloaded piece by piece and he said to a young soldier, “This is ridiculous, it’s not rational.” “I think writers should try to use the imagination they have to look beyond the present dismal situation. I’ve always been in Palestine. I’ve seen so many changes and I realised that when change comes it comes very quickly. Trying to make people imagine a different world is very important.” This is a strange time for Palestine. The landscape space defined by occupation and Shehadeh’s own relationship with his homeland have been strong themes throughout his writing from Palestinian Walks to his newest work Occupation Diaries. The latest is based on Shehadeh’s diaries which he has been writing since 1967, he says as a coping mechanism to help him understand and deal with his emotions, sense of trapped bafflement and anger. The period covered in the book is leading up to when Palestine went to the UN to seek recognition last year. “Israel has had physical control over the area and they use the physical control to change the reality of the place to build roads and buildings, to bomb Gaza. This it was able to do because physical control is a strong weapon. Yet Israel has been unable to convince anyone that it’s not occupied territory. Everybody – even America, their biggest ally – speaks about it as illegally occupied territory. Israel’s victory is not total.” Since Palestinian Walks Shehadeh says that the frenzy of Israeli building in Palestine has been the most palpable change, “It’s not natural growth, it’s imposed. Any building that is done quickly is going to be disastrous.” Shehadeh believes in a two state solution and credits his diary writing as a tool for remembering the past and in turn seeing a way back to something as different in the future. “I walk in one place and see stones and remember visiting people in the house and that it was the first attack by helicopter gunships that destroyed it. And then I remember good things, it was a fun place. I remember walking in Jerusalem with my father and how he was full of optimism for things to change for the better.” He hopes that Occupation Diaries will give people insight to what it’s like living through this experience; “The point is to show through small day to day descriptions a different feel to the life there that one does not get from news or other things like analysis.” On winning the Orwell Prize Shehadeh says: “It’s not easy to be a Palestinian writer. You need the recognition and the support and now that I have it I have the freedom to write what I want to write.” 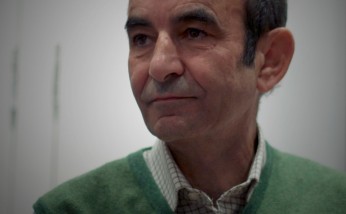