Tulip Siddiq MP will chair the judges’ panel for The Orwell Prize for Political Writing which from this year is only open to non-fiction.  She is joined by Ted Hodgkinson, Head of Literature and Spoken Word at Southbank Centre; Robbie Millen, Literary Editor of The Times; and Helen Pankhurst, the writer and international development and women’s rights activist.

Broadcaster and arts journalist Tom Sutcliffe, will chair the inaugural Orwell Prize for Political Fiction alongside the Literary Editor of The Spectator Sam Leith; award-winning novelist Preti Taneja; and Dr. Christine “Xine” Yao, Lecturer in American Literature at University College London.  The prize, which is sponsored by literary agents A.M. Heath and George Orwell’s son Richard Blair, will reward outstanding novels and collections of short stories that illuminate major social and political themes, present or past, through the art of narrative.

The Orwell Prizes aim to encourage good writing and thinking about politics. The judges are looking for work that strives to meet Orwell’s own ambition ‘to make political writing into an art’. ‘Political’ is defined in the broadest sense, and includes – but is not limited to – entries addressing political, social, cultural, moral and historical subjects.

The Director of The Orwell Foundation, Jean Seaton, says:

‘The Orwell Prizes depend on the principles, tastes and open-minded authority of its judges. So, we are thrilled that such distinguished teams of judges are taking on 2018’s books. We have never needed ideas more than now.’ 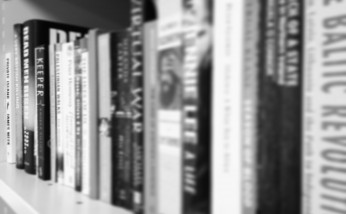