The shortlist for the Orwell Prize for Books 2016 was announced today, Thursday 21st April 2016.

The Orwell Prize for Books Shortlist 2016 is: The New Threat from Islamic Militancy, by Jason Burke (Bodley Head) Other People’s Money, by John Kay (Profile Books) The Tears of the Rajas, by Ferdinand Mount (Simon and Schuster) The Invention of Russia, by Arkady Ostrovsky (Atlantic Books) The Unravelling, by Emma Sky (Atlantic Books) Circling the Square, by Wendell Steavenson (Granta Books) The Orwell Prize is Britain’s most prestigious prize for political writing. It is awarded each year to the book which comes closest to George Orwell’s ambition to ‘make political writing into an art’. The judges for the Orwell Prize for Books 2016 are Lord William Waldegrave, Professor Andrew Gamble, David Goodhart and Fiammetta Rocco. Lord Waldegrave joined the judges at the shortlisting stage. The shortlists for the Orwell Prize for Journalism and the Orwell Prize for Exposing Britain’s Social Evils were also announced today. The winner of each £3000 prize will be announced at a ceremony on Thursday 26th May 2016. For press tickets please contact stephanie.lelievre@orwellfoundation.com. David Goodhart, one of the judges for the Orwell Prize for Books, comments “Apart from Ferdinand Mount’s exploration of the Raj, which has its own continuing relevance, all these books left me feeling a lot better informed, and somewhat more anxious, about several of today’s most pressing issues…and they were all damn good reads. Good writing about the things that matter, what more could you ask for in a short-list!” The Orwell Prize was established by the late Sir Bernard Crick in its present form in 1993, awarding its first Prizes in 1994. Past winners of the Orwell Prize for Books include James Meek (2015), Alan Johnson (2014), Tom Bingham (2011), Andrea Gillies (2010) Raja Shehadeh (2008) and Peter Hennessy (2007). For further information, and for images, please contact Stephanie Le Lievre at the Orwell Prize 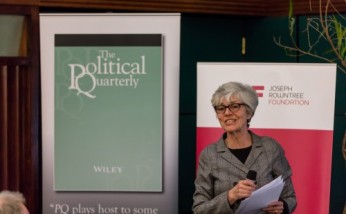