The Orwell Prize, Britain’s most prestigious prize for political writing, is supported by the Media Standards Trust, Political Quarterly, AM Heath and Richard Blair (Orwell’s son). 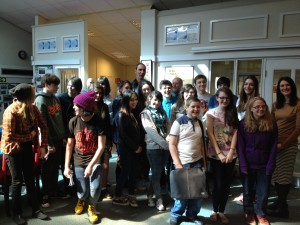 Yesterday the Prize joined Will Self for a Wigan Pier Workshop at Sunshine Community Centre. “Allow your imagination to take flight,” Self said to the teenagers on his second visit to the project. The Wigan Pier workshops were set up early last year by Stephen Armstrong, journalist and writer of The Road to Wigan Pier Revisited, and Barbara Nettleton, director of Sunshine House. The Orwell Prize partnered with the project shortly after the pilot. We have since worked together to take the expertise of writers like Rosie Boycott to young people wanting to write in Wigan. Our next series of workshops will take place in the autumn and we look forward to telling you more about it over the summer. On Self’s talk yesterday, Stephen Armstrong said, “I’d like to see how many Booker prize shortlisted authors could entertain, inspire and enthuse 22 teenagers in a Wigan community centre who started the day restless about being inside on the first sunny day of the year in their Easter holidays. Watching Will Self shatter preconceptions and open young minds was a prize winning piece of work in its own right.”

Next week our judges will begin discussions to pick the six journalists and six books for our 2013 shortlists. On the evening of 17th April we will name these writers live at the University of Westminster. Following the announcement there’ll be a debate focused on the changing situation in Burma. A panel including Julia Farringdon of Index on Censorship, human rights activist Tayzar Moe Myint, Nita May OBE of the BBC Burmese world service and our Director Jean Seaton will discuss the question; “When censorship declines does freedom emerge?” We’d love to see lots of you there for our 20th anniversary year. Places are limited but you can register free here to join us for the announcement, debate and some drinks. 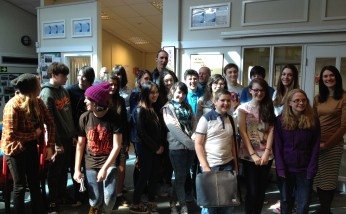