Foundation partners The Orwell Youth Prize have revealed that award-winning writer Kerry Hudson and poet Kayo Chingonyi are judging the 2020 Orwell Youth Prize, the theme of which is ‘The Future We Want’. The prize is open to all 12-18-year olds based in the UK and the deadline for entry is the 11th May. This year, the Orwell Youth Prize is being supported by Rethinking Poverty, The Webb Legacy.

Inspired by George Orwell’s example, entrants of the prize are encouraged to draw on their experiences of the world around them and think critically and creatively about the future they want to see realised. The form the writing takes is up to the writer, previous winning entries have included poetry, prose, journalism and short stories. Hudson and Chingonyi will judge both the junior (aged 12-16) and the senior (sixth-form) categories of the prize. The winners will be announced at the annual Celebration Day on the 3rd July. 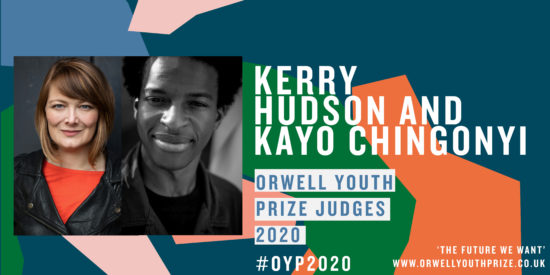 More than ever we need young people engaged with politics and political writing. It’s a true honour to judge the Orwell Youth Prize and discover important voices of both now and the future.

It is important that young people from a range of backgrounds are emboldened to use and cultivate their talents. I’m glad to be a small part of this process as a judge in the Orwell Youth Prize 2020.

Kerry Hudson was born in Aberdeen. Her latest book and memoir, LOWBORN, takes her back to the towns of her childhood as she investigates her own past and what it means to be poor in Britain today. It was a Radio 4 Book of the Week and was longlisted for the Gordon Burn Prize and The Portico Prize and shortlisted in the National Book Token, Books Are My Bag Reader’s Awards and the Saltire Scottish Non-Fiction Book of the Year.

Kayo Chingonyi’s latest book, Kumukanda (Chatto & Windus, 2017) was a Guardian and Telegraph book of the year and won the Dylan Thomas Prize and a Somerset Maugham Award. Kayo was a Burgess Fellow at the Centre for New Writing, University of Manchester, and an Associate Poet at The Institute of Contemporary Arts, London.

The 2020 winners of the Orwell Youth Prize will be announced on Friday 3rd July at the annual Celebration Day and prize ceremony held at Pembroke College, Oxford. 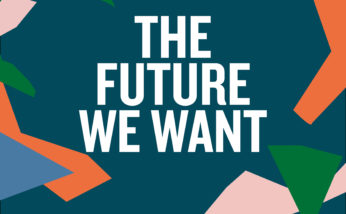