What is Unreported Britain?

Unreported Britain finds stories that are ignored, from communities whose voices are unheard and gives them platform, profile and leverage. We want to launch a debate about what we don’t know and why we don’t know it,  but also to reflect back to communities how they see themselves.

The Orwell Foundation is delivering the Unreported Britain Project as one part of the JRF-sponsored Orwell Prize for Exposing Britain’s Social Evils.

Our first stories ran in The Guardian, the Telegraph and the Telegraph Magazine in 2015 – 2016. These were written by Stephen Armstrong (author of The New Poverty & The Road to Wigan Pier Revisted), with additional reporting by Maruxa Ruiz del Arbol. You can read these stories below. Stephen drew these stories for his book The New Poverty, which was published by Verso in October 2017, and launched at the House of St Barnabas on 12th October 2017 with a debate on “Have the media failed people in poverty – and what can we do?”

The New Poverty is accompanied by a pilot Unreported Britain podcast in collaboration with The Guardian’s The Story. In this podcast, we hear from people on the front-line of the rise of DIY dentistry, including Britons doing their own fillings to avoid NHS bills.

Why do we need Unreported Britain?

In 1936 George Orwell got on a train to Wigan. He wanted to find out what the economic depression was doing to people. Wigan (understandably) has never quite forgiven him for the way in which he put them on them map.  But if his work helped mobilise a sense of shared responsibility for making living conditions better, it also energised the local communities he encountered.

Before he set out on his journey Orwell wrote nearly a 900 letters, pestering local authorities for mortality figures, bothering employers for wage statistics, ransacking the health services (before the national health) for patterns of illness, demanding the price of sugar and what it cost to heat a house. He was finding the stories that were not reported or discussed by his peers in London. The Road to Wigan Pier is a brilliantly written polemic, but it also stands on evidence.

That was then. But what are the new contours of want in 21st Century Britain? How do we know about them? As local media collapse, communities do not even see their own particular stories reflected back to them, let alone brought to bear on policy makers in the distant metropolitan hub of Westminster. If we suffer from a democratic deficit, it is shaped by a reporting deficit. 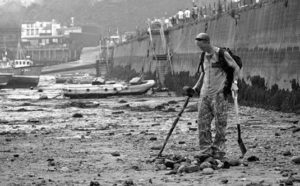