Game design is new territory for the Orwell Youth Prize. As a result, we’ve been speaking to those with experience and skills in the field. We spoke to three successful entrants of the BAFTA Young Game Designer Awards, asking them to talk more about their game designs and to share their thoughts on the intersection between politics, society and games.

While our entry requirements are, in some ways, less tech and more narrative focused than those entered into the BAFTA Young Game Designer Awards, we think exploring these ideas and games could help you think about the way you’d like to approach this new format. If you enjoy it you might also think about entering their competition too!

Tom Hosford was a finalist in the 2020 BAFTA Young Game Designers competition in the Game Making Category (age 15-18) for their game ‘Family Dinner’.

You can find out more about ‘Family Dinner’ and play and download the game here.

Tell us about the idea behind your game and how you came to realise it?

Family Dinner is a narrative-driven text game about a closeted trans man at an intensely uncomfortable family gathering. It initially started as a completely different project, with a coming-out storyline as only a small fraction of the game. But as I honed in on the idea, I decided to focus specifically on how stressful something seemingly meaningless can be for LGBT youth. From there, the idea of a family dinner came naturally. It’s often overlooked in the media yet is all too familiar to LGBT people.

Why do you (or do you) think that games are an interesting platform for thinking about politics/society?

With traditional media like films or books, the audience is always going to be passive, and they can’t affect the story in any way. This limits how much someone can put themselves in the shoes of a protagonist. Of course, games don’t have this problem! Because a player has direct responsibility and effect on the game protagonist, and sort of assumes their role, it makes it much easier for them to develop a bond with them. I feel this makes games a much more effective tool for spreading awareness and messages, as whatever happens on-screen has a more direct effect on the player. 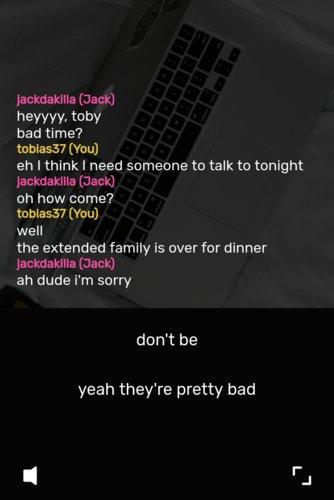 Lucy and Mahnoor were both finalists in the 2020 BAFTA Young Game Designers competition in the Game Concept Category (age 10-14) for their game ‘My Adventure’.

Tell us about the idea behind your game and how you came to realise it?

We wanted to create a game that revolved around the environment and the effects human activity is having on it. My Adventure is an exploration game where the player can explore different biomes and its inhabitants, whilst seeing the devastation pollution and climate change are having on the environment.

Do you think that games are an interesting platform for thinking about politics/society?

We believe that games are an interesting and successful platform to teach and spread awareness about current social and political affairs. Games are particularly good at raising awareness around the environment because they encourage the younger generation to take action in protecting their future.

What drew you to game design and what do you think is unique about games compared to other creative genres? (e.g film/writing etc)

We were drawn to game design because we enjoyed the creative aspect and we wanted to be able to raise awareness of the environment through fun and interactive ways. Game designing is different to other creative genres because it allows you to create a story that people can get involved in, whilst spreading an important message. 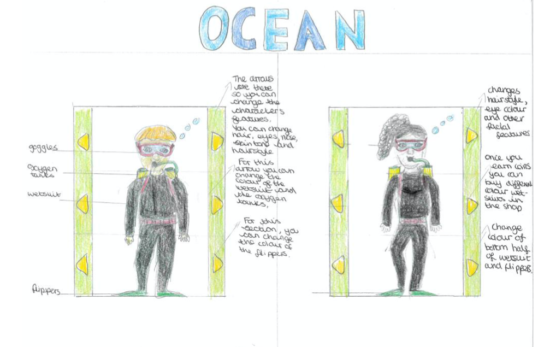