“And I quote: ‘While many of the asylum-seekers currently flooding through Europe are facing the menace of the Assad regime and their disregard for any form of human decency; it is undeniable that some have come for economic advancement, rather than for humanitarian reasons.’ Don’t you hear it?”

“You sound like the far-right; hysterical that people fleeing war want to come to our country. It sounds like you are saying these refugees have come for economic reasons. That simply isn’t true if you look at the reality of the situation”

“That was never my point, I’m not saying that they are all economic migrants, I am saying that some of them are.”

“No I am not, because it is true and I don’t understand your problem with it.”

“My problem is that this website has taken a stance, we have run editorials saying we stand for more refugees being allowed into Britain. Then you try to publish this, in direct contradiction to the principles we stand for.”

“But the two aren’t in contradiction,”

“Yes, they are. Let me lay this out clearly for you: we stand for more refugees being allowed into Britain, you are saying they aren’t refugees.”

“Ok, let me lay this clearly out for you, in the real world, on the ground there are economic migrants among the…”

“Let me finish, among the refugees there are economic migrants, that doesn’t mean we shouldn’t let in refugees. It is an argument for engaging in the reality of the situation. You don’t win any argument by selecting what reality you want to live in and say that everything else is wrong.”

“We report on the reality that is most relevant, even if there are some economic migrants there; there are such a small amount to merit coverage of them”

“Who decides whether there are enough of them to be important, you or the readers?”

“That’s not how it works, they’ve already made up their mind before they read our coverage.”

“Really, so you don’t think we have made it worse. You don’t think that by trying to stamp out articles like my own you aren’t widening the divide.”

“No, we are not. We report the news as we see it. We report what we see as important. If you think we set out here to be a propaganda machine for the left, then you are wrong. We never set out to do that and we haven’t done that. You think you can get a job in another media company after this, the reporter who told the left they were wrong on refugees, after telling the right they were wrong on everything else. You would have nowhere else to go, so get off your moral high horse, only weeks ago you were writing the articles that were 1000 words of why Trump has a mental illness. So, get back to work and forget this damn article!”

“I could get a job in the objective news companies, the ones that tell the facts, that give their opinion devoid of their party affiliation”

“Go on then, show me one of those companies, point me to the company where you are going to go? Go to the BBC reviled by both the left and the right, yes I reckon you would fit right in there.”

“What do you think is happening in right wing news companies right now. Exactly this conversation. Except it is a story about the persecution these refugees face, about how the people smugglers force them to cross the sea once they have them. About the persecution in Eritrea, which means these economic migrants might even be refugees as well. About the failed state of Libya that justifies these people fleeing violence and possible death. So, what do we end up with, one side who believes these are solely refugees fleeing from Syria, and one side who believes a majority are economic migrants and if we let them in they will continue to come. And do you know what, the arguments that happen there aren’t productive, they are the left saying they are all refugees, the right saying they are all economic migrants, and we don’t have a genuine argument about letting in refugees, we have an argument about which side is factually right. They don’t make arguments, they assert the other side is lying, the other side is fake news and only we have the truth. That isn’t productive because that isn’t the real world. I believe there are many more refugees than economic migrants, but there are still economic migrants, I would argue that we should reform our system for letting in refugees, while considering the situation of those designated economic migrants and whether they could even be considered refugees. Because the real world isn’t black and white, there aren’t clear solutions to everything and we shouldn’t convince people the real world is easy, therefore the solution is easy. Yes, it’s convenient for both sides, but it is stopping any arguments being made, it is splitting our population and it is destroying our country.”

“You clearly haven’t heard anything I have said. People don’t want the truth. Now get out of my office.” 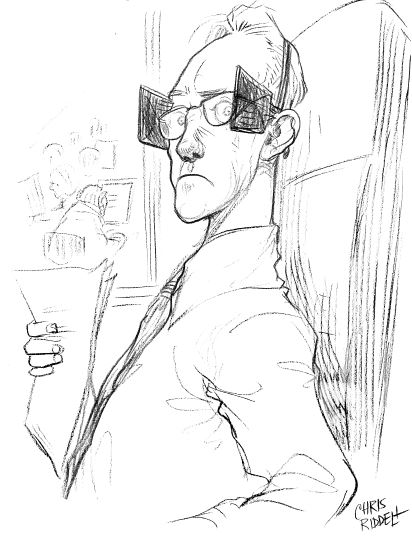