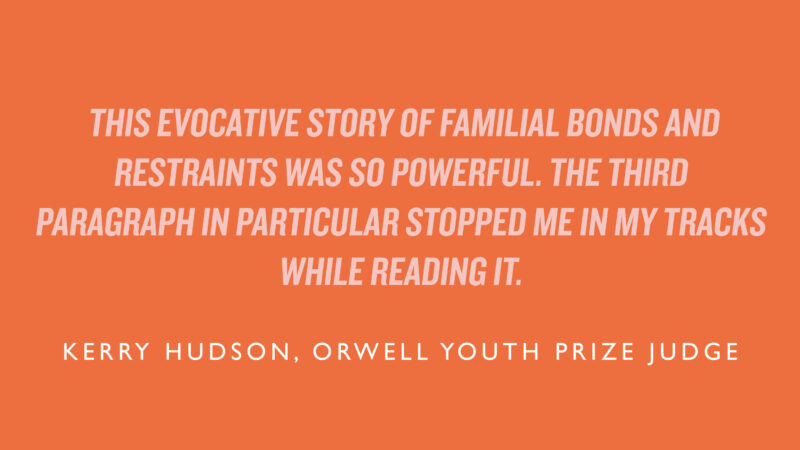 Letty presses her fingers against the glass windowpane and wonders, idly, how hard she would have to press to shatter it.

It’s dark outside this little room, the only source of light the caustic glow of the streetlamps, garish brightness diluted by the thin layer of grime serrating the window. It seeps in and spills over the slumped bodies which drip over sofas and pool on the floor, sated by sleep. Corpses, rotting in the tomb of a remarkably average party, the remnants of which are still scattered across the room and festering in corners-bottles, little plastic packets, contents long since consumed, a lurid glint of pink lace flashing from under one of the sofa cushions.

She’s got a decent vantage point from her current place of rest, half-drunk, and sprawled unceremoniously across someone’s couch (she can remember the face of the girl hosting, but couldn’t tell you her name for a million quid, or a case of booze). Her hair, dark, and damp with sweat, clings uncomfortably to her scalp like grease, hot and sticky as motor oil as it pours over her collarbones. She scrunches it back behind her head, shifts slightly to get more comfortable, top riding further up her umber midriff. If her mother were here, she thinks, imagination spiralling tipsily away from her, she would pull her top down, eyes flickering hawkishly around the room to ensure nobody saw anything they shouldn’t have, even though everyone has been passed out for at least an hour now. It’s a sort of sixth sense for her mother, bred into her, a wariness as intrinsic to her daily life as breathing, or boredom. Fuelled by a life of hungry gazes that linger just a bit too long, wandering hands and wandering eyes, hot breath that clings to your skin like condensation on a windowpane. Accustomed to thick, persistent fingers kneading you like bread, like something malleable, passive as a cadaver. It’s not an unpleasant image, hits her with a bitter little jolt of warmth, like downing a glass of whisky, her mother, looking out for her, fingers rough and warm against her abdomen, the skin over her joints worn thin, as though she’s boiled her hands along with endless bowls of soup and loads of washing.

She’s not like her mother (rather an understatement, but she chooses to leave it at that). She sprawls back comfortably, adjusts nothing, feels sleep creeping in, not bothered by the fact that the room around her is clogged up with bodies, all twitching and mumbling and sighing, an unconscious cacophony of tiny, somnolent noises, or that the air is thick and soupy, reeking with the potent stench of sweat and indecision. Uncaring. She could find a home in a hurricane.

‘Perpetually unbothered’, a teacher had once written on her school report, and she had passed the report around with a jagged, shark-tooth grin, laughed, low and creaky, the laugh of someone who’s been filling her lungs with smoke since she was twelve, because everyone around her was breathing it out anyway and no-one saw the point in stopping her. She prides herself on this, the fact that everything about her has always been laid-back, indolent, the way her tongue winds lazily around her mouth, scrounging for words, the way her eyes roll in her head, slow and deliberate, the way her body rolls and undulates as she moves, almost graceful in its sheer passivity. She is someone who gave up a long time ago, perhaps before she even knew what she was giving up on, perhaps before she even had a fair chance to take a shot at anything. She is not bothered by this transitory half-existence because she has always hinged her life on futile things – a lazy afternoon spent lolling on someone’s front lawn, before the neighbourhood went to rot, and grass bled into gravel, warm evenings when her mother would bring home a takeaway on payday.

She wishes she could stop thinking about her mother, but she’s certain no higher power has ever really listened to her wishes before, doesn’t know why this particular spell of tipsiness has dragged up so much unpleasantness, but supposes this her lot for the night, a moulting couch and an unexpected bout of melancholy. They had unravelled quietly, her and her mother. There hadn’t been any screaming matches, no acidic eruptions of fury, spewing venom from forked tongues. It was more akin to gnawing silently at the inside of your mouth for years on end, and only noticing when you open your lips to speak and your teeth are stained red. She had simply sidled into the kitchen one morning to find her mother making toast for her father, something she did every day, just the way he liked it, yellow butter oozing over the bread like pus, and realised the garish glare of the sun streaming in through the window wasn’t the only reason she couldn’t look her mother in the eye anymore.

That’s the thing about eyes, bright and glassy, twinkling like a mirror-a window to the soul, but whose? If she can’t meet her mother’s gaze anymore, is it because she can no longer bear to see the resigned boredom muddying her irises, the inexorable exhaustion underlining the already-prominent creases seeping from the corners, or because, more than anything else, she dreads the idea of seeing herself staring right back at her? Can’t, won’t process the fact that this is what her own eyes will look like in ten, fifteen years, that maybe one day she will stand in a kitchen, halfway through making her umpteenth plate of toast, across from a daughter who shies away from her as though she is a story-book monster?

She doesn’t know her mother, not really. There is a difference between recognising something, and knowing something. She could pick her mother out of a crowd of thousands, sketch her hunched shoulders and stooped back from memory, but she would be hard pressed to tell you anything truly substantive about her. Sometimes, when she was younger, she would sneak glances at her mother in the mirror as she brushed her hair, deftly teasing out knots, and feel her tongue throb with questions, pounding against the walls of her throat, practically tripping over themselves as they clamoured desperately to be heard. Simple questions, the kind teenagers could be asked by well-meaning aunts at family gatherings, the kind of questions you might find bothersome, if you’re used to them. What are you interested in? What do you care about? What do you want to be? Or, rather, what did you want to be? Any opportunities for Letty’s mother to make something of herself are long gone, stolen, a quiet kind of robbery. Siphoning chances away from her gradually, her whole life, things it had never even occurred to her to want, because nobody had told her she could, the way nobody bemoans not having a unicorn for a pet. We do not long for things we believe are impossible.

It’s a familiar tale, a modern classic. Girl meets boy (this is where the story begins, any inner life the girl may have had prior to this point evidently not relevant), girl drops what little she has to begin with, a child is born, the door, which has been half-shut this entire time, creeping closer and closer to the doorframe, slams in the girl’s face. A perpetual cycle, sick of its own equilibrium, lived by her mother, her aunts, any hypothetical daughters she may be obedient enough to pop out. She has never understood people who talk about the future with starry-eyes and glowing reverence, as though it’s a land of endless possibility and unknowable outcomes. Here is the truth, as she sees it-your future is spawned solely from your past, your ending decided the moment you are born. It’s about your gender, the size of your parent’s bank account, the colour of your skin, the name of the street you grew up on, your catchment. A thousand tiny hands, nudging your fingers as you scrawl the story of your life, ripping the pen from your grasp and taking the plot in whatever direction they please. Occasionally, she contemplates what she might have been if she had been drip-fed a diet of expectations rather than inevitability, taught to strive instead of succumb. In some, awful, twisted way, she is almost glad that people do not ask her, or her mother, what they want to do in the future-she could not come up with an answer, not in a million years.

Letty presses her fingers against the glass windowpane and wonders, idly, how hard she would have to press to shatter it.

“I loved Perpetual for its deftly focussed anger, suffused with love, about feminism, mothers / daughters, breaking glass ceilings and the politics of boredom. Written with intense energy, propulsive, assured; like a one-take, super-slo-mo, opening shot, a teaser-trailer for a movie not-yet-made, the future shimmers in every moment. This is what it feels like to be young. This is a voice I want to hear more from.”  Nicola Baldwin, Playwright & Scriptwriter

‘Perpetual’ is a senior Orwell Youth Prize 2020 Runner Up, responding to the theme ‘The Future We Want’.

What inspired your piece?
My piece was inspired by wanting to put a darker and slightly more pessimistic twist on the ‘future we want’ prompt, which sounds almost inherently optimistic. I also wanted to feature a more unconventional protagonist, with an outlook on life I felt I hadn’t necessarily seen portrayed all that much before.
What prompted you to pick fiction as your form?
I chose fiction, because I felt that taking a creative slant on the prompt would allow me to explore it in a more inventive way than an essay might have, and come up with different scenarios I couldn’t have written about otherwise. It also gave me more room to flesh out the characters and situations I was seeking to write than poetry might have, and let me establish a stronger narrative voice.
Given the global pandemic, has your idea about the future you want changed since you wrote the piece?
Yes – I think my idea of the future I want is now more tied to mundane things like being able to socialise! It seems like everybody’s expectations for the future have been dramatically reshaped, and not in a good way, but we just have to hope that as time passes, we gradually draw closer to a return to normality.