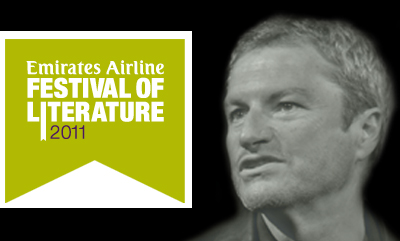 Staged by the Emirates Airline Festival of Literature in association with the Orwell Trust.

Award-winning BBC broadcaster and novelist, and co-host of BBC’s Newsnight programme, Gavin Esler delivers the inaugural Orwell Lecture at Emirates Litfest. Gavin will discuss the importance of George Orwell to his own work, and examine one under-emphasised area of George Orwell’s thought: the erosion of cultural values – from the awfulness of Victory Gin to the banal and trivial nature of popular culture. And he points out that the Ministry of Truth, depicted in Orwell’s iconic novel, 1984, was mostly dedicated not to rewriting the past, but to producing dim-witted but catchy pop songs, idiotic TV programmes and newspapers obsessed with crime, sport and sex. Did George Orwell really see into the 21st century world of The X Factor, tabloid newspapers and Wayne Rooney?