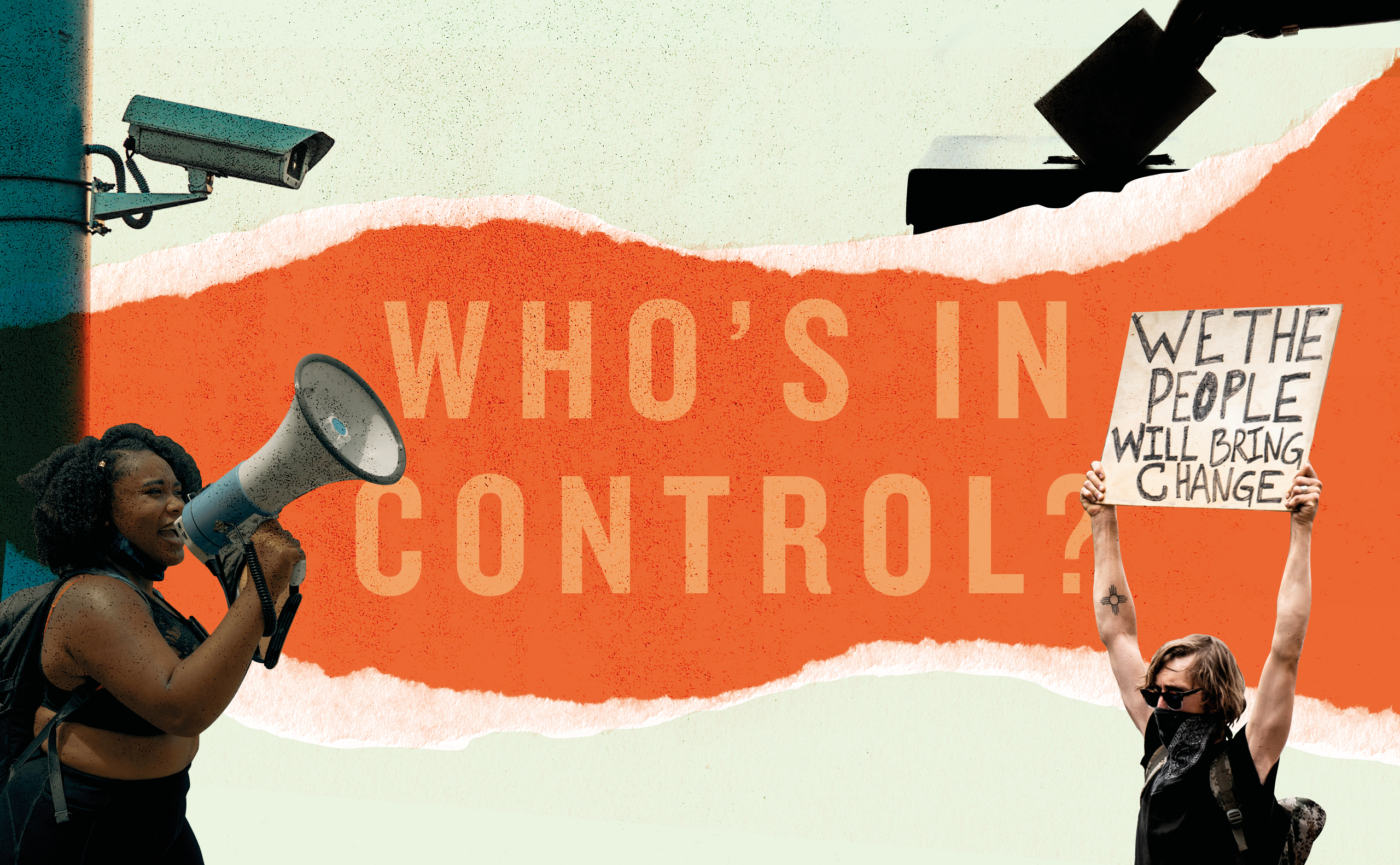 At a time when many issues, from the climate crisis to the cost of living, feel out of control; abuses of power are happening throughout the world; and disinformation makes it hard to know who and what to believe:

Who or what is really in control, of our futures, our bodies, our communities, our countries, our planet?

How can we find new ways to take control of our futures, and most productively use the power that we have?

Who do we trust and why? What sort of qualities and actions do we need to see from those in power now?

If you were leader of your country, what would be the first change you would make? 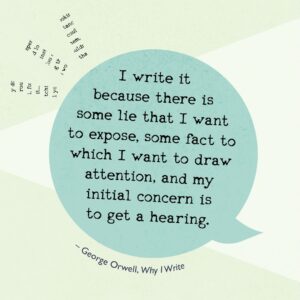 Orwell’s most famous books, Nineteen Eighty-Four and Animal Farm, are both preoccupied with the use and misuse of power, how human beings (and animals!) can be controlled, and the ways in which language can be manipulated to allow systems of power to exert control over the lives, and even thoughts, of ordinary people.

Here we’ve put together some prompts inspired by Orwell’s writing to help you to start thinking about the theme. When you’re ready to start researching, click here to browse our list of potential reading, watching and listening about issues involving power and control today. 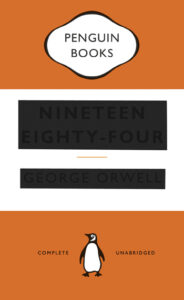 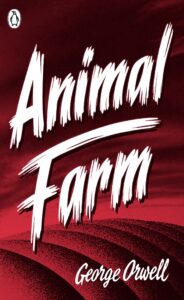 All that was needed was an unending series of victories over your own memory. ‘Reality control’, they called it: in Newspeak, ‘doublethink’.”
Nineteen Eighty-Four

How can language be controlled, distorted and manipulated? Think about political slogans and messaging today (e.g., ‘take back control’, ‘stay alert’, ‘Brexit means Brexit’), and concepts like ‘fake news’ or ‘alternative facts.’ How do we know and keep hold of what is true?

If human equality is to be for ever averted—if the High, as we have called them, are to keep their places permanently—then the prevailing mental condition must be controlled insanity.
Nineteen Eighty-Four

What do you think of the systems of power – local, national or international – which are currently in place? Which work well and which need improvement? How could they be made better and fairer?

‘But how can you control matter?’ he burst out. ‘You don’t even control the climate or the law of gravity. And there are disease, pain, death——’

O’Brien silenced him by a movement of his hand. ‘We control matter because we control the mind. Reality is inside the skull. You will learn by degrees, Winston. There is nothing that we could not do.’
Nineteen Eighty-Four

Who and what can control how we think about, feel and experience the world? How can this be done and how can it be prevented? Think about online disinformation, social media algorithms and influencers, political slogans, celebrity influence…

The situation was quite out of their control. They had never seen animals behave like this before, and this sudden uprising of creatures whom they were used to thrashing and maltreating just as they chose, frightened them almost out of their wits.
Animal Farm

What is our relationship to animals and the natural world and how can we improve this?
Can you think of any examples of unexpected people who have used their power to make a difference to political issues today? 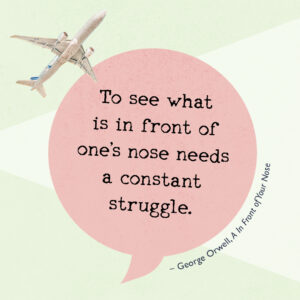 The atom bombs are piling up in the factories, the police are prowling through the cities, the lies are streaming from the loudspeakers, but the earth is still going round the sun, and neither the dictators nor the bureaucrats, deeply as they disapprove of the process, are able to prevent it.
‘Some Thoughts on the Common Toad‘

Can you think of examples of things which are beyond human systems and control? What about our relationship to the natural world? In many ways, we have control over it – but are there ways in which it also has power over us?

It is a family in which the young are generally thwarted and most of the power is in the hands of irresponsible uncles and bedridden aunts… A family with the wrong members in control – that, perhaps, is as near as one can come to describing England in a phrase.
‘The Lion and The Unicorn‘

What parallels can be drawn out between the dynamics of a family and those of a government? What sort of person would you want to be the leader of your country now? In your view, what qualities does a good leader need?

…we are all capable of believing things which we know to be untrue, and then, when we are finally proved wrong, impudently twisting the facts so as to show that we were right.
‘In Front of Your Nose‘

In what ways might we ‘twist the facts’, even to ourselves, to convince ourselves that we are right? How do we keep control of the facts and the truth?

To see what is in front of one’s nose needs a constant struggle.
‘In Front of Your Nose‘

What are the issues ‘in front of one’s nose’ which we need to keep thinking about currently?

In Moulmein, in lower Burma, I was hated by large numbers of people – the only time in my life that I have been important enough for this to happen to me.
‘Shooting An Elephant’

What makes leaders or authority figures hated, feared or loved and respected?

For at that time I had already made up my mind that imperialism was an evil thing and the sooner I chucked up my job and got out of it the better. Theoretically – and secretly, of course – I was all for the Burmese and all against their oppressors, the British. As for the job I was doing, I hated it more bitterly than I can perhaps make clear. In a job like that you see the dirty work of Empire at close quarters.
‘Shooting an Elephant‘

In ‘Shooting an Elephant’, the protagonist is caught up in a system of power and control (the British Empire) which he recognises as ‘an evil thing’ – and he hates the job he is doing, and his complicity in this system. Why not explore a character in your writing who is experiencing feelings of guilt or ambivalence about the systems of power they are involved in? What might they do as a consequence? Is it possible to escape or change overarching systems around you?

Feeling inspired? Click through to the Research page to start delving into some of these issues and ideas in more detail!