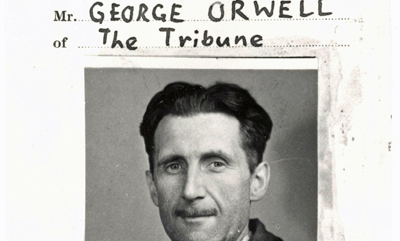 The Orwell Prize, Britain’s pre-eminent prize for political writing, opened for submissions for its 2008 prize with a number of exciting announcements at London’s Frontline Club.

Prize money for each of the two awards (one for journalism, one for books) was trebled, from £1000 to £3000, thanks to the generosity of The Political Quarterly and Orwell’s son, Richard Blair. It was also announced that for the first time, the Prize would be administered in partnership with the Media Standards Trust.

The judges for 2008 were revealed: Annalena McAfee, journalist, author and founder of Guardian Review; John Tusa, former journalist and head of the BBC World Service and now chairman of the V&A Museum; and Albert Scardino, Pulitzer-prize winning journalist and former executive editor of The Guardian. Jean Seaton, Professor of Media History at the University of Westminster, is the Director of the Prize.

And a new website – the Prize’s first – went live at 7pm, as it was officially unveiled by Jean Seaton. Professor Seaton said: “We may not live in 1984 but we live in a society where doublespeak corrupts public understanding, nationally and internationally and Big Brother still haunts us. Orwell’s austerity and radicalism are as relevant as ever.”

The launch also featured a debate on ‘Orwell, ID Cards, the Citizen and the State’ featuring David Goodhart, Nick Cohen, Jenni Russell and Heather Brooke. Click here to read a full account of the discussion.