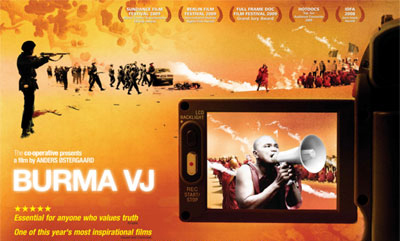 The ninth of the Orwell Prize’s events at the Sunday Times Oxford Literary Festival 2010.

As part of a series of events marking the 75th anniversary of Orwell’s debut novel, Burmese Days, the Orwell Prize is delighted to screen Burma VJ. This Oscar-nominated documentary by Anders Østergaard looks at the video-journalists risking their freedom – and lives – to document the reality of life inside Burma, and the protests of September 2007. The film lasts for 85 minutes.