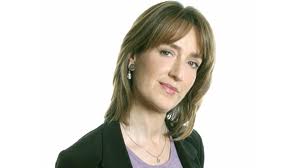 Francine began her journalism career as a specialist reporter in the oil industry. In 1983 she joined the BBC to produce The World at One, PM and the World This Weekend, where she rose through the ranks, presenting programmes such as Newsnight and The Money Programme. Stock pursues an interest in film and is author of In Glorious Technicolour where she discusses how film has shaped culture. She currently presents The Film Programme for Radio 4 and served as chair of the Tate Members’ Council until 2010.