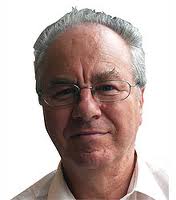 Peter Kellner is an award-winning journalist, political commentator and President of YouGov opinion polling. Although holding MA in Economics and Statistics from Cambridge University, Peter proclaims his parents taught him that “Politics isn’t just about data collection and tables and regression analysis, it’s about justice, about truth and about liberty.” Before joining YouGov, Peter worked as political editor for the New Statesman, opinion poll analyst for The Sunday Times and political analyst for the BBC’s Newsnight. He was awarded an honorary doctorate from the University of Hertfordshire in 1997. Peter is the author ofThorns and Roses: Speeches of Neil Kinnock, 1983-91, Democracy: 1,000 Years in Pursuit of British Liberty and with Christopher Hitchens Callaghan: The Road to Number 10.