Join us for a discussion with writer and journalist George Monbiot, winner of the Orwell Prize for Journalism 2022

Describing the environmental crisis as the greatest challenge humankind has ever confronted, George Monbiot has been trying to raise the profile of a wide range of desperately neglected environmental issues for the last 37 years. Yet these issues are almost always marginalised and overlooked. Despite it often feeling like banging his head against a wall, he refuses to stop trying, however faint the hope, to alert people to the scale and nature of this emergency.

In July, he was awarded the Orwell Prize for Journalism 2022.

Join him in conversation with Helen Hawkins, a former arts editor at The Sunday Times and a judge for The Orwell Prize for Journalism 2022, as they discuss his winning pieces.

George Monbiot is an author, Guardian columnist and environmental activist. His best-selling books include Feral: Rewilding the land, sea and human life, Heat: how to stop the planet burning, and Out of the Wreckage: a new politics for an age of crisis. George co-wrote the concept album Breaking the Spell of Loneliness with musician Ewan McLennan, and has made a number of viral videos. George’s latest book, Regenesis: Feeding the World without Devouring the Planet, was published in May 2022. 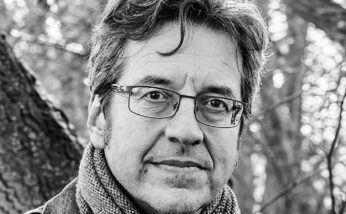