Alan Johnson is the Labour MP for Kingston Upon Hull West and Hessle, and former Home Secretary. He won the Orwell Prize 2014 for THIS BOY, his autobiographical account of growing up in post-war London.

David Davis is the Conservative MP for Haltemprice and Howden and former Shadow Home Secretary.

The Orwell Prize 2015 will be launched at this debate, including a new prize for ‘Reporting Britain’s Social Evils’, supported by the Joseph Rowntree Foundation. Further details will be made available.

This event has a limited capacity, so please register here and arrive early to be sure of a seat. We cannot guarantee places.

6.30pm Launch of the Orwell Prize 2015 and annoucement of judges 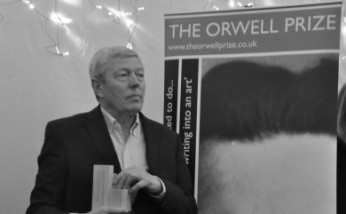