George Orwell was so savage about ‘brutish’ British food that the British Council, having commissioned him to write an essay on it in 1946, decided to reject it! As we head for an uncertain food future and arguments rage about the Britishness of our post-Brexit diets, Alasdair Donaldson, Senior Policy Advisor at the British Council – who un-earthed the rejection – and Kaori O’Connor, a food anthropologist based at UCL and author of The English Breakfast, will examine Orwell’s views of food. The event will be chaired by Jean Seaton, Director of the Orwell Foundation, who will supply marmalade made to the original (rejected) recipe.

Of course there was a context: in 1946 after the war the British public faced more severe rationing than they had during the war. There was famine in post-war Europe. But perhaps Orwell’s frankness about the British appetites was not quite palatable in 1940s Britain. In fact, enjoying good food was an important part of Orwell’s life, and was always used in his writing as a measure of how good a society was – or how malign dictatorships could be.

Part of the UCL Festival of Culture, a packed, five-day programme of free talks, panel discussions, screenings, performances, and tours. Join us to discover, discuss and be inspired by the exceptional breadth and quality of the arts, humanities and social sciences at UCL. 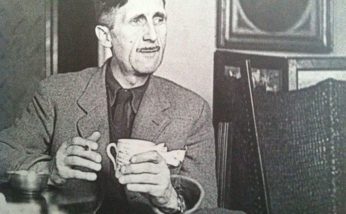