The Orwell Lecture in the North 2017

GRAYSON PERRY: I’ve read all the academic texts on empathy

The lecture will run alongside an Orwell Youth Prize workshop for young writers. 40 young people will take part in an interactive, discussion-focused writing workshop with author Marina Lewycka, and then have the chance to attend Grayson Perry’s lecture.

In his lecture, titled ‘I’ve read all the academic texts on empathy’, Grayson Perry will give an artist’s view on our emotions around politics and identity.

He said: “I am an artist and I am a great believer in the power of culture to communicate in ways that are particular to the arts, a more holistic style of relaying information that talks not only to the intellect but the heart, body and soul as well.

“We need to harness and grow this power as a force for good, a force that can bind us in deep and lovely ways we did not even know were happening.”

The Orwell Foundation’s flagship lecture – which has attracted notable speakers including Ian Hislop (2016), Dr Rowan Williams (2015) and University of Sheffield alumna Dame Hilary Mantel – has been given annually since 1989, originally in Birkbeck and Sheffield, but has recently been held solely in London.

From next month there will be two Orwell lectures – the established Orwell Lecture given in London and a new Orwell Lecture in the North, which will take place in Sheffield. 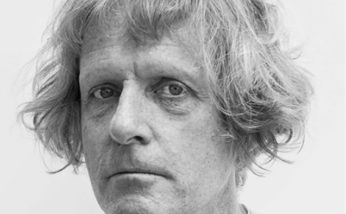