By Oliver Bullough, shortlisted for the Orwell Prize for Books in 2011 Barnhill, where George Orwell wrote 1984, is foursquare and whitewashed, sheltered in a hollow, with a view south over the sea to the khaki hills of Argyll. It well repays looking at, so we got out of the truck and looked. After all, the sight of this farmhouse with its fields running down to the sea realised a dream I had held for years. Orwell stood on this same hillside in May 1946, also at the end of a three-day journey, looking for the first time at the house that would be his home until his death in 1950. He may have lived far longer in North London than on Jura, but I have never felt the urge to make a pilgrimage to Kilburn. I have never even stopped for a burger in the Hampstead café where he once worked (it was a bookshop). The London he knew – with its bomb craters, uniforms and rationing — is gone, and it seems pointless to seek his footsteps in a city so changed. But this northern corner of Jura is just as he left it, despite the addition, sometime in the last half-century, of an ancient and noisy diesel generator. There is no phone at Barnhill, and no mobile reception either. The last five miles of track are, as they were in his day, best driven in first gear. Barnhill is still owned by the Fletcher family who rented it to him when he sought to escape bleak, busy post-war London, and they have steadfastly refused to modernise it. If his spirit lingers anywhere, it is here.

I emailed Damaris Fletcher last winter, asking if we – my wife, our toddler and I – could rent it for a week. She tried her best to put us off. “Usually I spend a lot of time discouraging people who think they want to come to Barnhill as I can’t bear to think that the place we love is not everyone’s cup of tea,” she wrote in reply. “Barnhill has some pretty grubby corners. It’s damp. The generator is ancient and at best does a few light bulbs; fridge the size of a shoebox; shop two hours drive away.” How could anyone resist an advert like that? 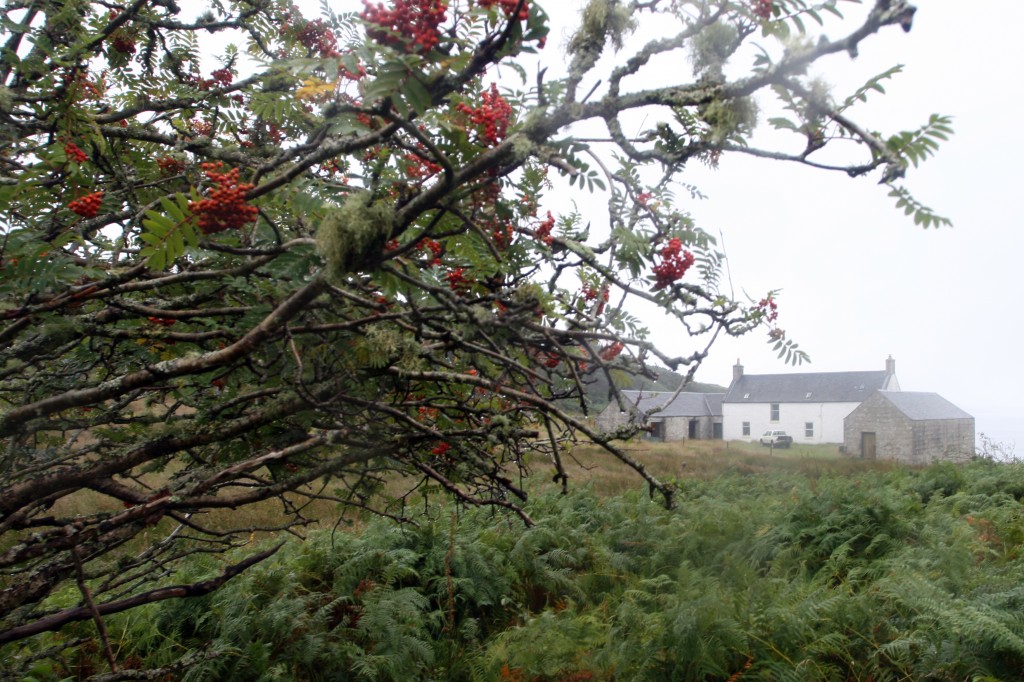 In the months between that exchange and our trip, I regularly mused on the impulse that made me want to see where he wrote 1984, conceived of Big Brother, Room 101, and the other concepts that have entered common speech. Of Orwell’s contemporaries, I love the work of Norman Lewis and Evelyn Waugh, but it would never occur to me to go to their houses. In fact, I have no idea where either of them even lived. It may well be the fact that Orwell inhabited his writing so totally. His sparse prose and clear arguments make me wish I could just sit and listen to him. His essays – Why I Write, for example, where he states his goal “to fuse political purpose and artistic purpose into one whole” – sadden me because there are not more of them. There was simple pleasure, when we arrived at Barnhill, therefore, in feeling I was living how he lived. Every morning, I fetched coal for the Rayburn, lit it and waited for it to heat up. Every evening, my son bathed in front of that Rayburn, in the very place where Orwell’s son Richard must have bathed. If my son splashed water high, it sizzled on the hot plate where the kettle simmered. 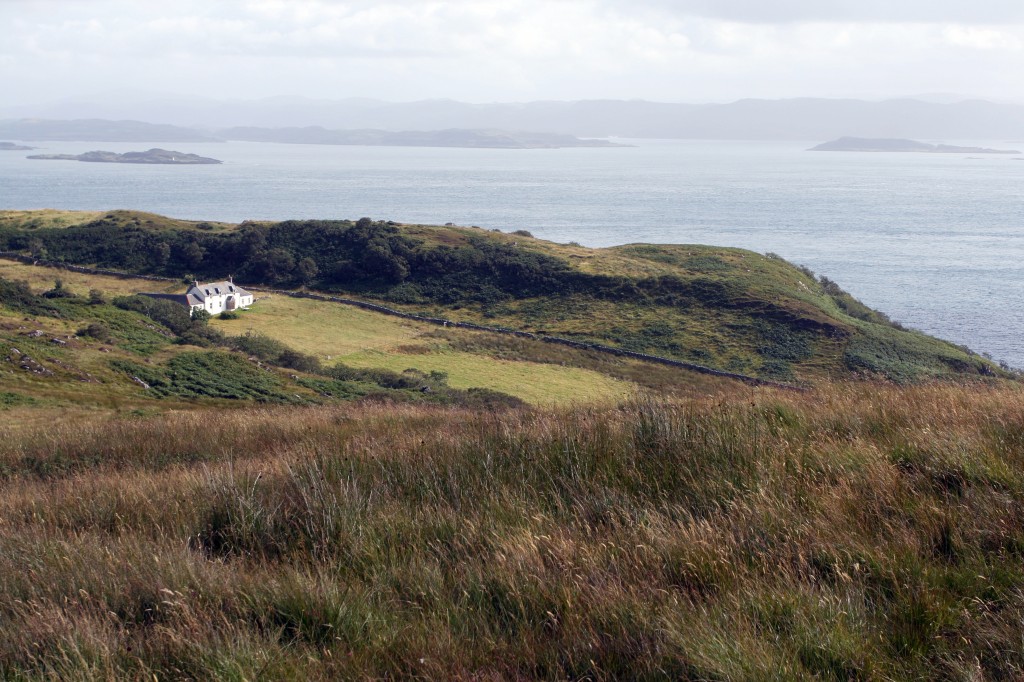 I had come, at least partly, to work. Orwell’s alternate title for 1984 was The Last Man in Europe and I have modified it into The Last Man in Russia for my next book. I had imagined myself checking through the manuscript by candlelight in the evening, scribbling corrections on my second draft in the same spot where Orwell did the same. But it did not work out. The rituals of life became time consuming: getting the coal, heating the water, checking for deer ticks, sweeping the floor. And the quiet of the island was deafening. I can sit and write in Hackney, without noticing cars passing or couples squabbling. But if a buzzard mewed on Jura, I was out looking at it. The progress of the fledging swallows in the barn was endlessly compelling. And we had the tawny wilderness all to ourselves. Jura’s 150 square miles are home to just 200 people, making it one of the least inhabited islands in Scotland. Surprisingly warm lochs dotted its highlands. We reached them on meandering paths created by the island’s thousands of deer. They watched us when we swam in the lakes, just as seals observed us if we braved the sea. 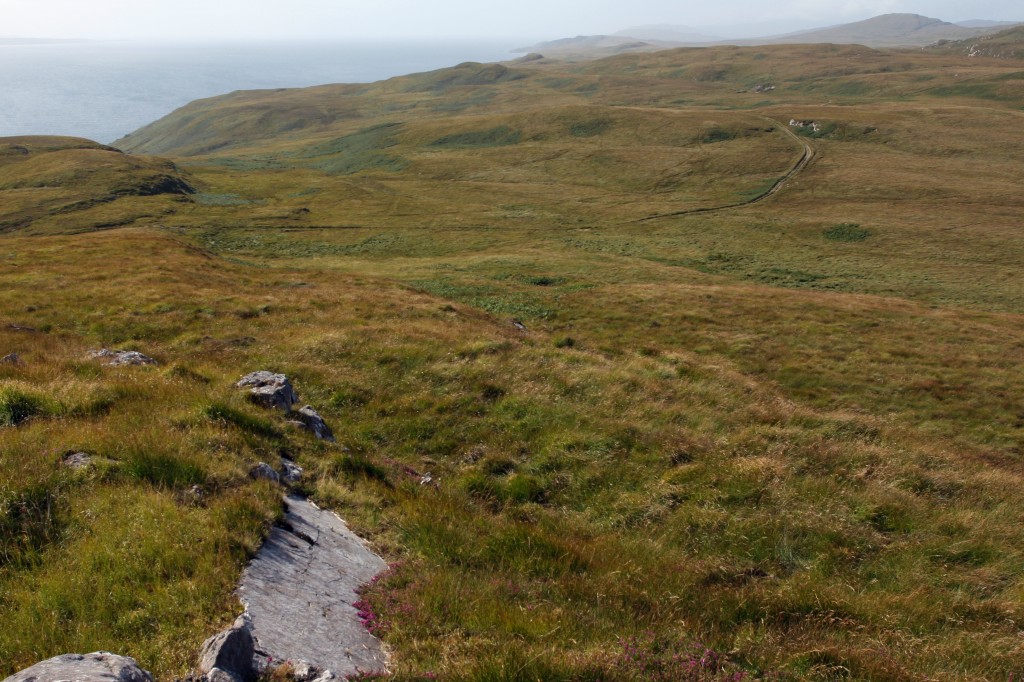 Roger Deakin came this way for his ode to wild swimming, Waterlog. For him, Orwell was akin to the Celtic saints who marooned themselves in the Hebrides in the centuries after the collapse of the Roman Empire. Orwell, he wrote, “needed somewhere silent to hear himself think his own special brand of common sense”. But the trouble with Orwell and his special brand of common sense is that he is so persuasive in his warnings about humanity’s capacity for beastliness that you forget to be on your guard. He argues so convincingly to trust no one in authority, that you trust him.

“What I have most wanted to do throughout the past 10 years is to make political writing into an art,” he wrote in Why I Write, which was published the year he arrived at Barnhill. But if that is so, why would he travel to the end of a bumpy track, live in a house basic even by the standards of the 1940s, and persist in staying there even as tuberculosis chewed chunks out of his lungs? If everything else were secondary, why would he care whether his kitchen window looked onto sooty, bombed Camden or onto the tempestuous Sound of Jura? And that is why Orwell outshines Waugh and Aldous Huxley, both of whom imagined future dystopias of their own. Perhaps only John Steinbeck bears comparison with him. Despite his political convictions, his delight in life kept bursting through. He wrote as thrillingly about boys’ comics and toads, as he did about cruelty and violence. He just couldn’t help himself. Driving away from Barnhill felt like surfacing after a long, delicious swim. It was lucky we saw no other cars the length of the island. I was so stunned that I wouldn’t have known how to react. If it was this blissful repose that allowed Orwell, despite the illness that killed him, to create his masterpiece, I feel privileged to have shared it. I will be back. 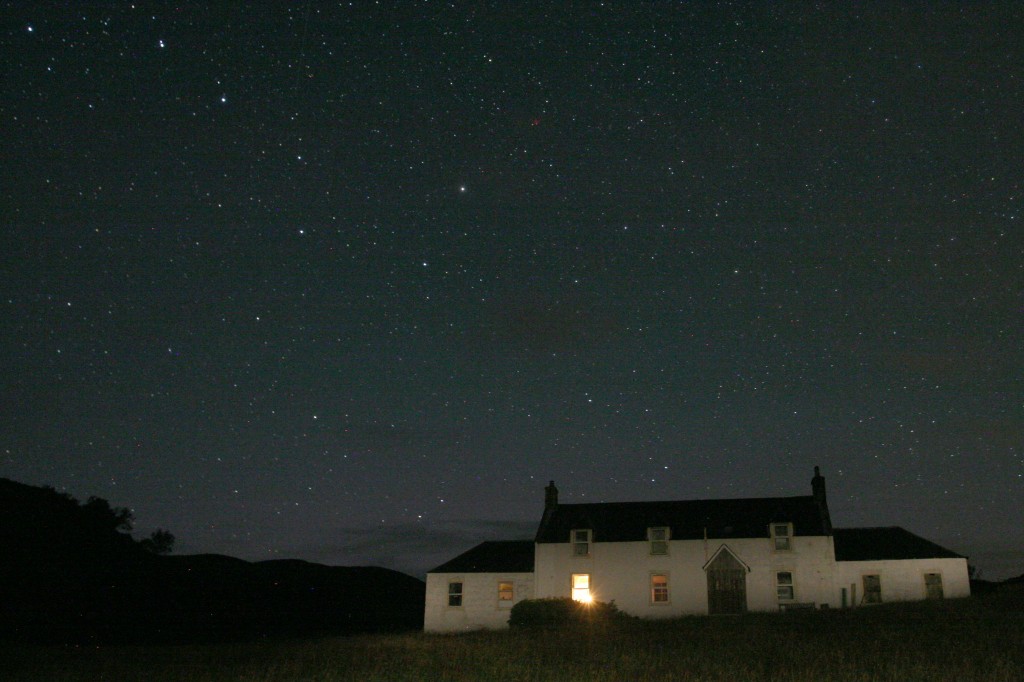 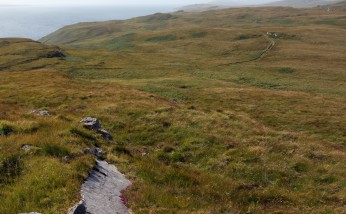