Earlier this month, Times columnist and Conservative member of the House of Lords Daniel Finkelstein delivered the rescheduled 2019 Orwell Memorial Lecture, on the topic ‘How to Predict An Election’, to a packed room in University College London’s Cruciform building (which stands on the site of the hospital in which George Orwell died, seventy years ago).

After the lecture, Finkelstein engaged with questions from across the room, including from students who had just taken part in an Orwell Youth Prize/Wiener Library writing workshop on democracy and elections with Orwell Prize-winning author Delia Jarrett-Macauley.

In his lecture, which had originally been scheduled to be delivered prior to the 2019 UK General Election, Finkelstein explored the factors that influence voters’ perceptions of politicians and the economy in the run up to an election. He argued that commentators regularly underestimate the extent to which members of the public follow the machinations of Westminster politics, or even have a formed opinion about politicians being the leaders of the main political parties.

Instead, the economy and demography are the most reliable indicator of which way an election is likely to go, with a central determination of election results being ‘how voters feel about their own lives’. Commenting on the splits within the Conservative Party over the possibility of a ‘no-deal’ Brexit, Finkelstein said: “I’ve come to the reluctant view that Johnson’s removal of the whip from the Conservative rebels, which I deplored, was key to the result in 2019.” You can watch the full lecture anytime on YouTube.

The Orwell Lecture at UCL is generously sponsored by Richard Blair, George Orwell’s son. The annual lecture is given in the memory of the British author, journalist and essayist George Orwell (1903-1950), on ‘any topic Orwell might have been interested in’. 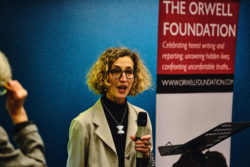 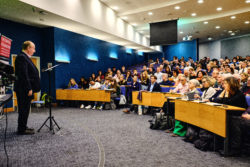 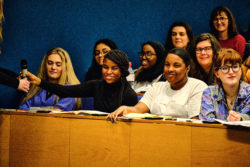 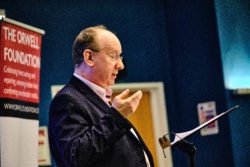 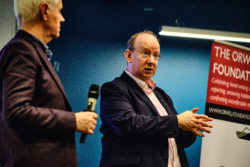 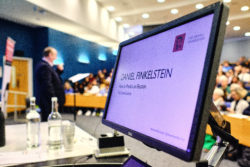 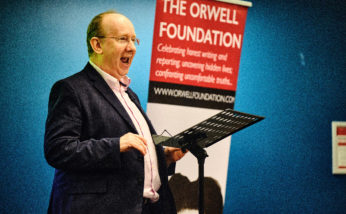