“In the last few years the line ‘citizenship is a privilege not a right’ has been heard increasingly from the mouths of Home Secretaries and Prime Ministers. Alongside this statement we’ve seen the increasing expansion in – and use of – the government’s powers to strip Britons of their citizenship. What is the cost of this attempt to move citizenship from a protected legal status to a privilege, and does it created a two-tiered system of citizenship?”

The Orwell Foundation is delighted to announce that The Orwell Lecture 2018 will be delivered by author Kamila Shamsie, on the question of ‘citizenship, migration and the transformation of rights into privileges’. The lecture will consider the cost of recent attempts to move citizenship from ‘a protected legal status to a privilege’.

The Orwell Lecture, named in memory of the English author, journalist and critic George Orwell (Eric Blair, 1903 – 1950) has been given annually since 1989. The lecture has attracted notable speakers including Dr Rowan Williams, Dame Hilary Mantel, Robin Cook and Ruth Davidson MSP. Originally held at Birkbeck, University of London and the University of Sheffield, the lecture is now held each year at University College London, home of the Orwell Foundation and the location of the George Orwell Archive. 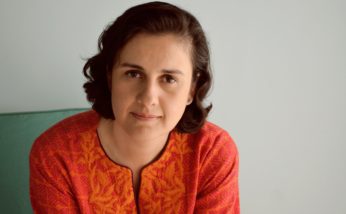