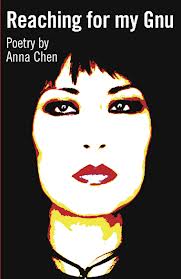 Anna Chen, shortlisted in 2010 and longlisted in 2012 with her blog Madam Miaow Says, has released the paperback edition of her debut poetry collection today. Reaching for my Gnu has already been praised as “brilliant and dangerous”. The Orwell Prize are thrilled to be able to exclusively share with you two poems from the collection.
POE I’d like to blow Edgar Alan Poe On bended knee Like Annabel Lee. I’d like to snort snow With Edgar A. Poe Swing into the pit Of his infernal wit. I’d like to sink low As Eddy A. Poe I’m eager to share His gloom and despair. Dear Ed can you please Give me a disease As cool as the red one Transmitted by fleas?
COPPER COMES A CROPPER A little bit of sympathy at the back, there, Puh-leaze. Let’s be ‘avin’ yew. At the Leveson inquiry The cruellest moment is when Sir Paul Stephenson, The poor put-upon former chief Bill, Hobbles in on crutches and drops a pill, Cutting such a pathetic sight Under the assembled legal might. So small for a tall man, Bespectacled nerd, Pinched lips, he can barely cope. Only a thug like a lawyer Would punch well-honed words At a man on the ropes. He says: I may be public watchdog eyes and ears but I wasn’t there, never heard a thing, Couldn’t see, except for what the reptiles did to Lord Ian Blair, Stripped bare in the glare of the Sun And that wasn’t going to happen to me. A loose-lipped minority gossiped In a distracting dialogue of disharmony, Dysfunctional, too close for my liking, But I couldn’t do a thing, not a thing. Ever so humbly, I suggest you are Crediting me with a level of analysis I don’t have, I didn’t give it any particular thought, No conclusions can be wrought, It was just something that happened, Like the Sun coming up in the morning, Shedding light on the scum we turned over. I am not fawning but we don’t investigate someone We know socially and with whom we are friends. Except when we did the police officers. A big boy done it and ran away And stopped us realising there was anything wrong When he told us there was no new hack sore. We adopted a defensive mindset instead of a challenging stance, I can see that now. It was a cursory glance, Not wide, not deep, We were asleep. If only we had the wisdom of hindsight and weren’t caught out It would all be all right. I’m not throwing my colleague out of the back of the sleigh and I can’t answer for him but It would have been wiser presentationally For him to have done it different. However, he is away in Bahrain and you aren’t getting him back in Old Blighty Until the heat is off, Until you call off the dogs, Until the trail has chilled like the champagne we quaffed as we doffed. Defending and not challenging, That was the error of our ways. We are brave and did not back off, guv, Just because it was News International. We were logical and needed the polaroids ‘Cause the tapes and diaries in Glenn’s black bags were not enough. It was the Bahrain runaway who did not reopen the enquiry. He failed, it is regrettable. That’s tough. Fear of taking on a powerful enterprise is not the case. I did not put the frighteners on the Guardian editor, Or spray him with Mace, Or rough him up too much. Politics over substance, I merely turned up to understand. But there was no meeting of minds, My pulse did not race, You could not get off your face with him Unlike the real press, proper gents we could have a laugh with Over drinksand a nice dinner. Call it folly but Mr Wallis was generous with the Bolly And Yates of the Yard was fond of his jollies. I just did not get it and wasn’t keeping tally, The Met caught Chamy Media off Wallis by getting too pally But we gave him Cressida Dick. A lack of evidence beyond the lone rogue reporter Meant rationed resources and an underfunded force Would not be put on the job as a matter of course. Please give us more dosh if you wish us to wield the cosh. I was overworked with anti-terrorism, The Olympics, Not my decision, A junior did it and is sunning himself in sandy climes. I am an ill man, I need a week in a spa. Can you recommend one? And so they adjourn for another time. But spare a thought for the thin blue line. Poor Raisa, disappeared, turned to glue, Currently starring in a pet-food can near you To stop her singing like a canary, Squealing like a pig at an inquiry. Take the porkers she carried; She knew Cameron’s arse inside and out, Blue heart and stout, Fullsome about Coulson, He put it about, Withdrew when the thin blue sphincter tightened, Purged the toad and found his load lightened. Raisa rode bravely into the student throngs they harried, Righting a wrong for the right, Got the stomach for a fight when protesters say neigh And you weigh as much as ten of them With a bobby on your back. Truncheoned before luncheon Unfree by tea, Scuppered before supper. A hack for the hacks, The sack for the lax When they find out Her hooves are all over this and her head is in some mogul’s bed.

Since October we have been accepting journalism and books from some of the very best writers of 2012 but there’s still room for much more. Entry forms for the journalism and book prizes, and basic details of the entry process, are available on our ‘How to Enter’ page. You can also check out the full rules and the values of the Prize, or learn more about the judges. Entries close on 9 January 2013, for all work first published in 2012. The Prize is self-nominating, but if you think there’s someone who should enter, either encourage them to do so or get in touch. Good luck!

This week the Irrawaddy lit fest, Burma’s first English language international literary festival, updated their website with several new names. Writers who have confirmed that they will attend and speak include Orwell Prize winning Timothy Garton Ash, Pandora a poet who contributed to Bones will crow an anthology of Burmese poetry published with English PEN and the prisoner of war performer Zaganar. You can see a full list of writers and their bios as well as more information about the festival, on their website. You can also still ‘Buy a book’ for Burma with the Orwell Prize here.

Although not known for his poetry, Orwell biographer DJ Taylor says that in his youth Orwell demonstrated a great enthusiasm for poetry. You can read a selection of his poetry on our website here. In the last week we have celebrated the anniversaries of two Orwell essays; ‘Freedom of the Park’ was first published in the Tribune 1945 and ‘The Proletariat Writer’ was first broadcast by the BBC home service in December 1940. 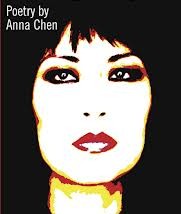